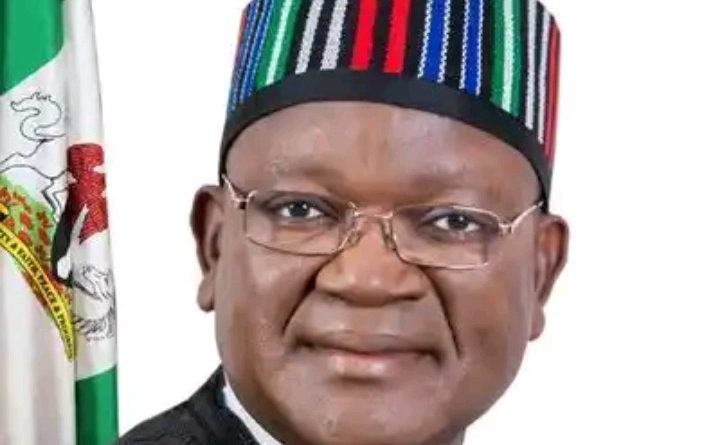 …..Reaffirms confidence in his ability to lead party to victory

Benue State Governor Samuel Ortom, yesterday, dismissed insinuations that he was in support of the removal of National Chairman of Peoples Democratic Party (PDP), Dr. Iyorchia Ayu, saying it is impossible for him to advocate the removal of someone he helped to appoint.

Ortom reasserted his confidence in Ayu’s ability to lead the party to victory in next year’s general election, in a surprising contrast to the position of his close ally, Rivers State Governor Nyesom Wike.

The governor was reacting to accusations by a group, Jemgbagh Development Association, that he was involved in the ouster moves against the PDP national chairman, a fellow Benue man.

But more PDP stakeholders continued to mount pressure on the party’s presidential candidate, Atiku Abubakar, to persuade Ayu to resign in the larger interest.

Ortom’s position directly contradicts that of the group he belongs to in PDP, the camp of Rivers State Governor Nyesom Wike. The Wike camp’s irreducible minimum condition for resolution of the crisis that started after he was by-passed for Delta State Governor Ifeanyi Okowa in the selection of presidential running mate was Ayu’s ouster.

The group, which Ortom is an active member of, has for months insisted that Ayu must resign for a southerner to occupy the PDP chairmanship post.

Observers are, however, unsure of what Ortom’s latest statement represents, even as the Wike camp continues to dig its heels in, maintaining that Ayu must go.

The campaign council also dismissed some recent outbursts of the Rivers State governor as frivolous and senseless.

The council’s reactions came as Atiku appointed some prominent members of the party as special advisers, an idea he said was aimed at strengthening his presidential campaign team.

Ortom, in a statement in Abuja by his Chief Press Secretary, Nathaniel Ikyur, said it was an open secret that he worked tirelessly, alongside other prominent Benue citizens, to ensure that Ayu was elected “as the national chairman of our great party even against all odds.”

To this extent, the statement said, “The governor could not, therefore, turn around to work against him to be removed from office.”

It described as mischievous “allegations by an amorphous, little known group parading itself as Jemgbagh Development Association, Abuja chapter, that the Benue governor has a hand in Ayu’s current travails”.

Ortom maintained that with the backing of many leaders of the PDP, who believed his sense of judgment, they worked relentlessly in the run up to the party’s national convention to market Ayu as having the requisite capacity to lead PDP, especially, in the 2023 general election.

The statement said, “Governor Ortom vouched for the integrity and capacity of Dr Iyorchia Ayu to lead and rebuild the PDP to victory and rescue Nigeria from the misrule of the APC maladministration. That is why Ayu was returned unopposed by the northern caucus of the party and got elected as the national chairman of the PDP at the party’s convention.

“Where was Jemgbagh Development Association, when Governor Ortom galvanised support from across the leaders of the party to make Dr. Ayu PDP’s National Chairman? What was their contribution to that project that they now want to use clannish stance to blackmail the governor?”

He further described as laughable how “this amorphous and emergency Jemgbagh Development Association, Abuja, which has never been heard of before, is now masquerading as the voice of Jemgbagh to embark on campaign of calumny against Governor Ortom, who has worked selflessly for the people of Benue State.

“Governor Ortom is more Jemgbagh than most of the people claiming it now. This is fact, because he has done more for Jemgbagh, both in terms of appointments and projects executed as well as patronage in the area, than even one of the Jemgbagh sons, who was governor. Besides, Governor Ortom has consistently worked for the unity of Benue State and will never stand in the way of any of her citizens, either here in the state or in the diaspora

“For those, who claimed to be leaders of this Jemgbagh Development Association, Abuja, we urge them to be truly developmental in their drive to build cohesion among the people and attract real development to their area rather than engaging in mischief or blackmail.”

Meanwhile, THISDAY gathered last night that the number of those now asking Ayu to go had increased exponentially. This was as many stakeholders across the different categories of leadership in the party considered the constant vituperations of the Rivers State governor as dangerous to their collective interest if not decisively addressed.

According to sources, at the last count, of the 13 PDP governors, eight had agreed to the demand that Ayu should go. But the governors of Sokoto, Taraba, Edo, Bayelsa, and Delta states remained supportive of Ayu’s continuation as national chairman.

The source stated that this latest development was the reason the chairman of PDP Governors’ Forum, Aminu Tambuwal, had been unable to call a meeting of the forum, knowing that majority of the governors were now of the view that Ayu should go and they might assert this position in their next meeting.

Apart from the sitting governors, the source stated further that of the 17 governorship candidates of the party, 12 had also bought into the idea. They realised Wike’s hard stance could harm their own election if the situation was not addressed and they are, therefore, speaking out more.

Similarly, former senate presidents of the party, except one, THISDAY leant, had agreed to the position that Ayu should go as a sacrifice for the party. They believed, however, the situation could have been better managed.

We’re Not Threatened By Our Competitors, Says Campaign Council

The Peoples Democratic Party (PDP) Presidential Campaign Council, yesterday, said the party was not threatened by other candidates running for president in the 2023 general election. The council said the PDP candidate, Atiku Abubakar, and his running mate, Senator Ifeanyi Okowa, stood tall and above other contenders in the poll.

Spokesman of the council, Mr. Charles Aniagwu, speaking on a television interview, said the party was fully prepared for the commencement of campaigns, despite its internal wrangling. Aniagwu said Atiku and Okowa enjoyed massive support across the six geo-political zones in the country.

The PDP campaign spokesman said Atiku, Ayu and Wike were on same page on the need to carry out some balancing within the party, adding that the difference between their positions is the timeline for the demand. He said the time was too short to carry out such changes with the general election underway.

According to Aniagwu, “The constitution of the Presidential Campaign Council is a clear determination of the Atiku-Okowa Campaign Organisation to carry everybody along. This is because if you look at other political parties, they have excluded those, who contested against them or those who have held views that are at variance with the views of those seeking to lead our country.

“But for us in the PDP, we are pursuing unified front, because Atiku’s number one agenda is to unite the country and in doing so, it requires that he carries everybody along, irrespective of the views they hold.”

“Wike’s statements are frivolous and did not make common sense,” Melaye said while fielding questions on the Arise Morning Show. He stated that the statements made against some prominent members of the party were out of anger.

Melaye said, “The recent statements by Governor Nyesom Wike of Rivers State against some prominent members of the PDP, including our presidential candidate, Atiku Abubakar, are frivolous.

According to him, “We are just focused on moving with our campaigns and satisfying the quest of Nigerians by building a new Nigeria, where justice, equity, and egalitarianism will be the order of the day.

“We are not distracted, and we are not going to be distracted by responding to issues that do not even make common sense. To give spurious statements without evidence is not going to get our attention and reaction.

“We are more focused on how Atiku is going to become President. The country is in a situation that needs urgent attention. The country is not only sick but also suffering from a dreadful congenital abnormality. There is need for amelioration and correction, and that is our focus.”

Other named as special advisers were former governor of Kano State, Senator Ibrahim Shekarau; former governor of Osun State, Olagunsoye Oyinlola; Senator Ehigie Uzamere; and a former national chairman of the PDP, Uche Secondus, who was made Technical Adviser to the presidential candidate.

Noting that the appointments were to take immediate effect, Atiku charged the appointees to use their vast political experiences to ensure that the PDP presidential campaign recorded resounding success in the 2023 election. 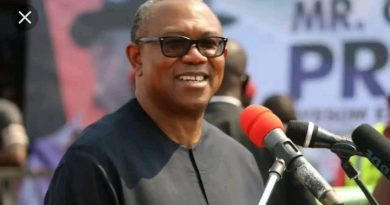 Peter Obi distances self from LP manifesto in circulation 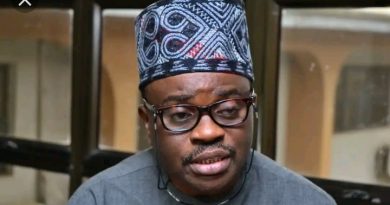 Makinde For President: Purveyors of fake news at it again – CPS