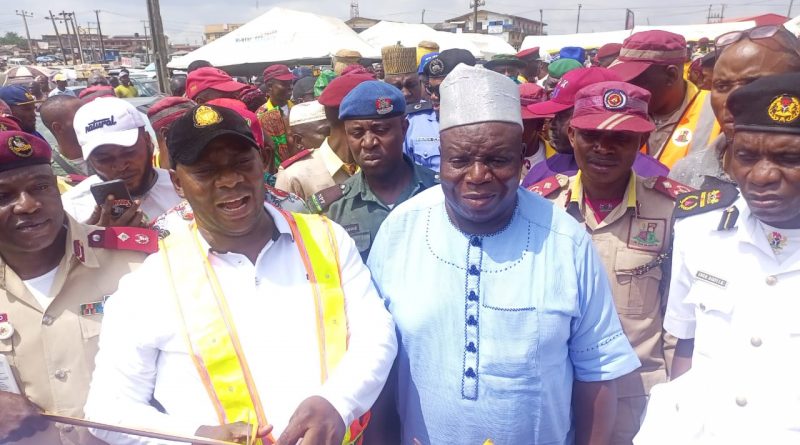 Fagbemi made this known on Thursday, in Ibadan, during the flag- off of Ember Months Safety Campaign, held at Temidire motor park, new Ife Road, Ibadan.

He said 15 patrol vehicles, two ambulance vans and eight heavy duty tow trucks would be deployed for use during the operation across the state.

According to him, the enforcement shall target speeding; dangerous driving/overtaking; mechanically deficient vehicles; use of phones while driving and seatbelt violations among others.

The chairman who said the theme of the 2022 Ember Months sensitisation is ‘Safer Road for All’ noted that speeding was responsible for 60 per cent of all road crashes in the country in the last 10 years.

He said the sensitisation was aiming to promote public enlightenment, ensure free flow of traffic and reduce road traffic crashes across the state.

In his brief lecture during the event, The Rector of Ibadan Polytechnic,Prof. Kazeem Akinbiyi, represented by Dr Raheem Adewale, Department of System Engineering, University of Lagos, attributed road crashes to Human, Technical and Economic factors.

In their seperate remarks, representative of the Federal Road Safety Corps (FRSC), Park Management System (PMS) and security agencies, implored all road users to ensure that they keep to traffic regulations while on the wheels.

Mr Gbenga Ojo and Olalekan Morakinyo, representatives of the Nigerian Police and FRSC respectively, commended OYRTMA management for the collaboration between the agency and other relevant government agencies in maintaining free flow of traffic in the state.

The Public Relation Officer of PMS, Mr Jelili Emiola, said the leadership of PMS was ready to collaborate with OYRTMA to ensure that commercial drivers and tricycle/motorcycle operators abide with traffic rules and regulations during and after ember months.

Emiola said PMS disciplinary Committee has zero tolerance to drunk-driving and that their members were being sensitised regularly on rules and regulations guiding their operation.