Rivers Governor Nyesom Wike has vowed to use his media chat on Friday to expose ill characters in the Peoples Democratic Party (PDP) priding themselves as national leaders.

He said after the chat it would be left for Nigerians to decide if such people were still worthy of the ovation being accorded to them.

Wike wondered how the PDP, which could not unite the party was promising to unify Nigeria.

The Governor spoke on Thursday during a meeting with stakeholders of the party across the 319 wards of the state at the Banquet Hall of the Government House in Port Harcourt. 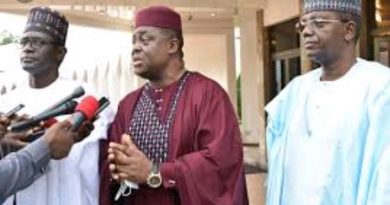