In commemoration of World International Peace Day, stakeholders has sued for synergy, tolerance, equality and harmony among the religious body in order to maintain peaceful co-existence among humanity.

This formed part of the conclusion of stakeholders at the International Peaceful Day Interaction organized by the Oyo state government, tagged “Peace building against terrorism, banditry and electoral violence with religion-mask in Nigeria” held at the house of chiefs, secretariat, Ibadan.

While speaking with the newsmen, on behalf of the governor, the Executive Assistant to Governor Seyi Makinde on Administration, Rev. Idowu Ogedengbe, urged the people to appreciate one another’s belief which he described as backbone of peace, noting that without understanding and tolerance there will not be progress, prosperity and development.

According to Ogedengbe, said that the present administration has invested much on bringing and maintain peaceful and secure environment, through light up project and security oversight.

Also speaking, the Executive Assistant to the Governor on Security, CP Sunday Odukoya, (retired) who opined that many are perpetrating evil under the disguise of religion, summoned for intelligent policing in preventing crimes.

He also advised youth not allow the politicians to used them in achieving their ambition but rather protect their vote.

The convener of interactive session, Special Assistant to the Governor on Inter-faith affairs, Olufemi Ibikunle, urged religious leaders to let peace reflect in their sermons, behaviors and dealings with their congregation and the people of the society. 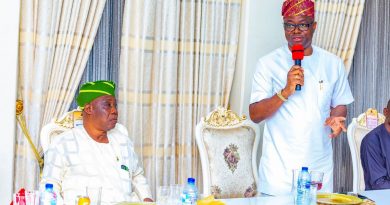 Makinde commends unity of purpose among security agencies in Oyo 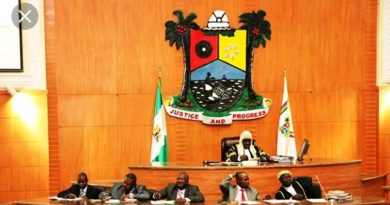