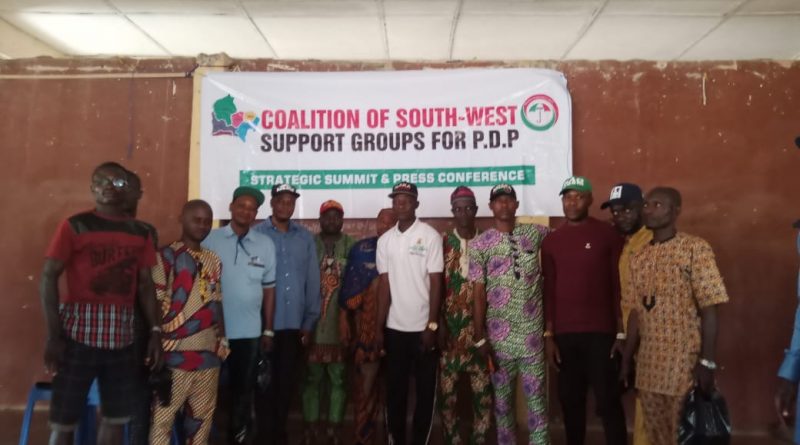 ……promise to mobilize for ATIKU in South-west

The Coalition of South-west Support Groups for PDP has said that Engineer Seyi Makinde achievements in less than 4 years is a good sign and symbol that if given chance by the good people of Oyo State to serve another term will make Oyo State become a leading state among peers.

According to the convener, Alhaji Atiku Abubakar is the only worthy Presidential Candidate with vast experience as a Former Vice-President and contestant at different times with National Agenda capable of providing solutions to Nigeria current degrading challenges and placing the country back to her rightful place in all ramifications.

He further condemned the maladministration of APC over 7 years which has put the country in dilemma as a result of their unpreparedness and bad governance.

Hon. Idris Afolabi (Aloma) a co-convener and The Oyo West Local Government D.G of Engineer Seyi Makinde and an aspirant of Oyo West / Oyo East State Constituency lauded governor Makinde’s achievements which is unprecedented in history of Oyo State and promised to ensure the assignment given to him to mobilize from all the 135 Polling Units in Oyo West and ensure good working relation with all PDP stakeholders to deliver Oyo West for Engineer Seyi Makinde, Alhaji Atiku Abubakar, Chief Oyebisi ilaka, Hon. Kamil Akinlabi.

In his own word Hon. Saheed Azeez popularly known as “Mosquito” as Co-convener of Coalition of South-west Support Groups for PDP recounted on how the group started the coalitions with just 3 Support Groups but with over 50 registered and unregistered groups currently working together to ensure victory at all levels come 2023.

He said that the Coalition of South-west Support Groups is aimed at agitating for justice, fairness and equity in the sharing of political offices so that can the group can continue to practice what they preach in terms of Federal Character.

In her message, The newly appointed Member, of PDP Presidential Campaign Committee, PCC Hon. Agberemi Ramata Dabo (RAD) through her Personal Assistance, Madam Omolara Ajadi urged Women to continue to be involve in Politics and as well as aim higher.

She further admonished that Women should not relax thinking they will in the future and advised them to continue to strive and be a good Ambassador not only in Oyo State but in South-west and Nigeria at large inorder to be victorious at the forthcoming general elections.

Mrs Florence, the National DG & Coordinator of United Minds for Atiku Abubakar through her representative Hon. Dele Ogungbile, a former Councillor in Ward 6 of Oyo West and the State Coordinator noted that PDP as a part has a genuine working plan that is workable to reset, reshape, rebuild and revive and rescue the country out of it near comatose position.

He further promised that they will continue to work with all stakeholders in the Local Government, the Federal Constituency, the Senatorial District and Oyo State in general.

Hon. Abiodun Olaifa, the Oyo State Chairman of S.S.F, Seyi Makinde Solidarity Forum from Ibadan South East said Engineer Seyi Makinde has done wonderfully well for Oyo State and that his re-election will be a work-over.

He encouraged all the Councillors to try their best to write their names in good books and as well be able to canvass and mobilize for all PDP candidates.

Hon. Sulaimon Ogunleye (Gadafi) said all hands must be on deck to win election for Atiku Abubakar and urged the group to be a good Ambassador in their different area and take the tasks and duties upon themselves to start to campaign from House to House. 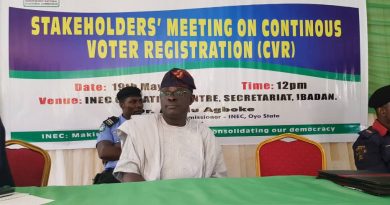 2023 Election : INEC engages stakeholders on CVR, other activities in Oyo