In his efforts to provide help for the vulnerable and the less-priviledged, ace Philanthropist, 2019 YDP House of Representatives Candidate & PDP member in Oyo State, Abayomi Fagbenro, has extended olive hand to a mentally-deranged woman.

Fagbenro who is popularly known as Bibiire rendered the assistance through his N.G.O, named ‘Hope Also Need Help Foundation’ to the woman affected by a hit and run driver.

The event which was taken place in his office at Odo-Ona Apata Ibadan while Hon. Abayomi Fagbenro Bibiire was handing over the mentally deranged woman to her family after taken care of her health and now healed.

Hon. Abayomi explained that “There was a time that one of our people are passing-by some where in Owode and they notice there is a woman there that has been there for some few weeks with no attention, an eye-witness said the woman was struck by an unidentified vehicle and the leg was broken and she has been in that position for months, so they reach out to us that if there is anything we can do”.

He continue”God put it to my heart that I should help this woman and initially the woman can’t walk with her leg, because leg was broken completely but glory be to God today we are able to take her to UCH”.

Hon. Abayomi concluded that “She was over a year in UCH until start regaining her consciousness and it history today”.

Fagbenro further advised those that have the resources that they ensure they remember to extend their hands of help to the vulnerable. Always remember Yoruba proverb ‘Enikeni ti iwo ba nipa, lati seranlowo fun, ohun naa lenikeji re, Toju Re’.

He advised that “With or without politics, I will continue to do what God has sent me to do , to be able to help humanity and advised those that have all the resources is that they should be able to give because the reason why we are here is to be able to help mankind with whatever God has place in their hands”.

Yetunde Akinola popularly known as “Iya Ibadan” extended her appreciation to Hon. Abayomi Fagbenro “While I was in hospital, I was been taken care of by this people, by using my drugs regularly and I appreciate those who have extended hand of help to me and she prayed that ” thee sickness that will beyond our power will not get to us”.

Wheelchairs, crutches were presented to the beneficiaries and also provide eye surgery for those in need of surgery including the now – stable mentally deranged woman, disabled people and other indigent people.
Bibire ko se fowora. 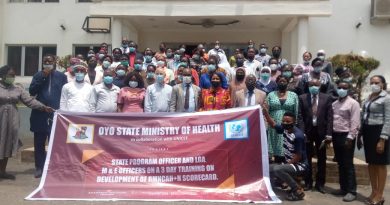 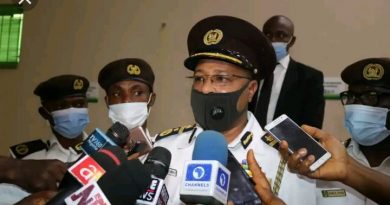