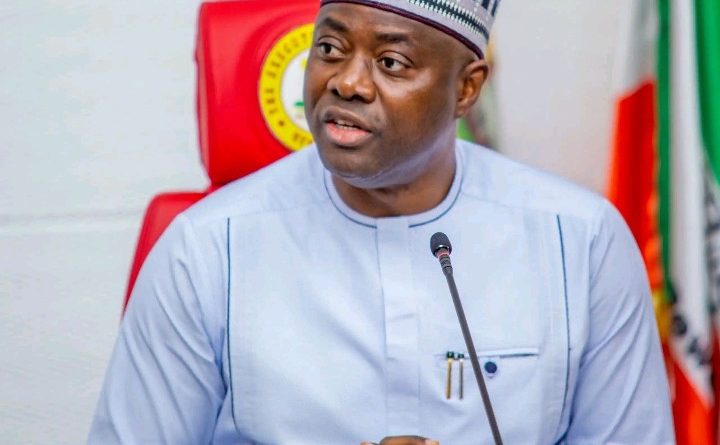 Notable media conglomerate, Silverbird Communications, has presented the Oyo State governor, ‘Seyi Makinde, with a letter notifying him of his election as the organisation’s Man of the Year 2022.

The media organisation made the presentation on Tuesday, at the Governor’s Office, Secretariat, Agodi, Ibadan, noting that Governor Makinde emerged as the Silverbird Man of the Year, having been voted by the Nigerian public.

A statement by the Chief Press Secretary to the governor, Mr. Taiwo Adisa, quoted the Vice Chairman of Silverbird’s Editorial Board, Mr. Jacob Akinyemi-Johnson, as stating that the governor polled 70 per cent of the votes to defeat other nominees, indicating that the public has been following his trajectory of good governance.

The Silverbird delegation also included the President of the Guild of Editors, who is also a staff of the organisation, Mr. Mustapha Isa and the National Head, News24, Mr. Eshomomoh Imoudu.

Johnson-Akinyemi said: “I am delighted to inform you that you have been voted by the Nigerian public as the 2022 Silverbird Man Of The Year.

“I want to intimate you in case you don’t know how the whole idea of Silverbird Man of the Year came about. It was started in 2005 by Senator Ben Murray-Bruce. He said JAJ, we have so many Nigerians who are doing very well in different spheres of life, but we are not celebrating them.

We have the mighty and the small ones. So, we decided to start the Silverbird Man of the Year and we said to make it more authentic, we should let the public vote.

“All we need to do is to make nominations and once we come up with the nominations, the public will vote. Over the years, we have had many reputable names. Our first Man of the Year was the late Professor Dora Akunyili.

“This is done strictly on merit and non-partisan.
“When the nominations were announced in November last year, there were five names. We contracted the job out to a research company and when they came back, out of 100, we discovered 70 per cent voted for you, and that is why you are the 2022 Silverbird Man Of The Year.”

While responding, Governor Makinde appreciated the management and staff of Silverbird for the honour it has done to him and the people of Oyo State, commending the organisation for making an impact on the society through journalism.

The governor equally appreciated Nigerians for voting for him, noting that it was heart-warming that people were, indeed, noticing the efforts that he and his team had been making to return Oyo State to its pacesetter heights.

Governor Makinde, who noted that it was interesting the Nigerians’ votes were allowed to count by Silverbird Communications, urged the Independent National Electoral Commission (INEC) to borrow a leaf from the books of the organisation, by also ensuring that they count the votes of Nigerians and that their votes count in the coming general elections.

The governor said: “I want to use this opportunity to wish you, the management and Staff of Silverbird, a happy and rewarding New Year.

“We have not heard the last of Silverbird. I came from a business world and I know how it feels if a business entity survived the first five years. You are 25 years-old and going to be 26 now. So, it is an indication that you did something right and you will be around for many more years to come.

If you cross a quarter of a century, you are likely to get to half of the century and then to hit a century, which means the entity will outlive the people that started it.

“Silverbird has made an impact in the communication, journalism and electronic space.

So, we know that you are not cheap and an award from Silverbird is a huge one. I did not have any difficulty in verbally accepting the award, because it is not a junk type of award.

“So, I want to thank the management of Silverbird and even the people of Nigeria, those people who participated in voting.

“This is an election season for us and we want to use this opportunity to also tell the electoral umpire, INEC, to allow people’s votes to count. And when people vote, the votes should be counted and let it also count towards the result they will announce.” 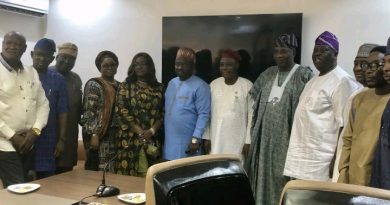 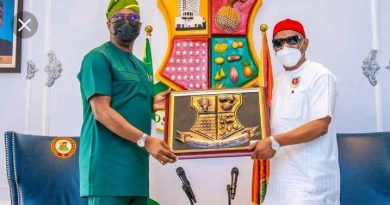