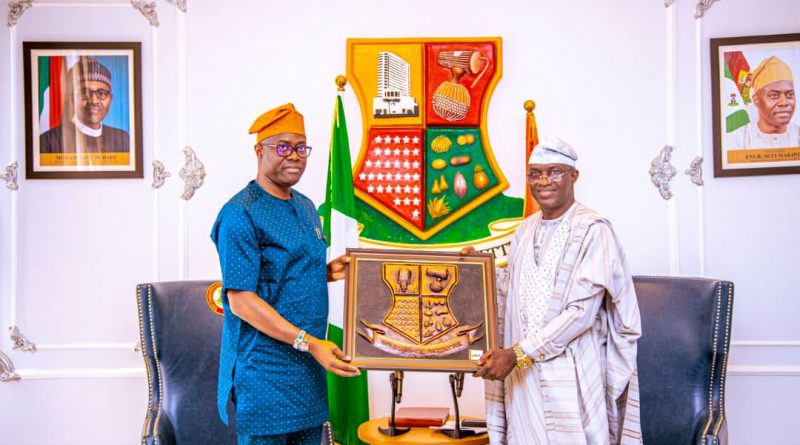 …Oyo is one of the safest states in Nigeria, he says

The governor, who stated this while receiving members of the Institution’s Governing Council, who paid him a courtesy visit in his office at the Secretariat, Agodi, Ibadan, said that he was ready to approve the release of the Government Technical College, Ogbomoso as a temporary site for the take-off of the Institution, added however that the management must give a commitment as to the timeframe within which the institution would be returned to the Permanent Site.

A statement by the Chief Press Secretary to the governor, Mr. Taiwo Adisa, quoted the governor as saying that the state will support the take-off of the school because it could not wait for it to start fulfilling its quota in the educational sector of the state.

Governor Makinde explained that education is one of the major pillars of his administration, and that he has done a lot for the sector.

He stated that one of his administration’s achievements in the sector includes the settlement of the joint ownership of Ladoke Akintola University of Technology, Ogbomoso between Oyo and Osun states.

While speaking on the Security situation of the state, Makinde stated that Oyo remains one of the safest in the county.

He assured the Governing Council that the government will deploy the State Security outfit, Amotekun Corps to ensure the school operates in a safe and secure environment.

He said: “I have listened to the things you listed. You want a permanent site. You also want the government to give you Technical College, Ogbomoso, as a temporary site so that you can expand immediately for the accreditation of your programmes. The same concerns you expressed were also expressed by the Ayede Community.

“We will gladly give the Technical College, Ogbomoso but you have to give us a commitment on the time frame you need to get things going at the Permanent site. They (people of Ayede) are really apprehensive. Apart from this being an election period, I don’t want them to think the wider Ogbomoso clans are trying to take this away from the rural Ogbomoso side. So, once I have that commitment, I will ensure the facility is released.”

He also promised to take steps to enhance security around the institution, adding that the state would readily deploy its Amotekun corps, while it will also engage with the federal agencies on the issue of security.

“You also asked for support in terms of vehicles and a few things that will allow you to settle. Education is one of the major pillars of this administration and since we came in, we have done a few things. We settled the joint ownership of LAUTECH and we have it fully owned and adequately funded by the government of Oyo State. The tertiary institutions also no longer get their subvention in percentages but in full.

“So, we believe we are making progress and the Federal Polytechnic, Ayede, coming into the mix, we don’t have any doubt that it will fit perfectly into our vision of training the leaders of tomorrow. I know the Polytechnic has a huge role in producing graduates that can visibly go straight into the industry and bridge that gap between the good people and ordinary artisans.

“You have my commitment that we will do everything possible within the resources available to the government to allow you to take off as quickly as possible.

“Let me also say this without any fear of contradiction that Oyo is one of the safest states in Nigeria. So, you will be operating in a safe and secure environment.”

He equally sought for the assistance of the state to put necessary facilities in Ayede Community for easy take-off of the Institution. 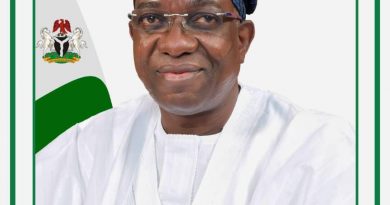 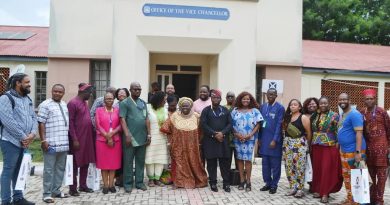