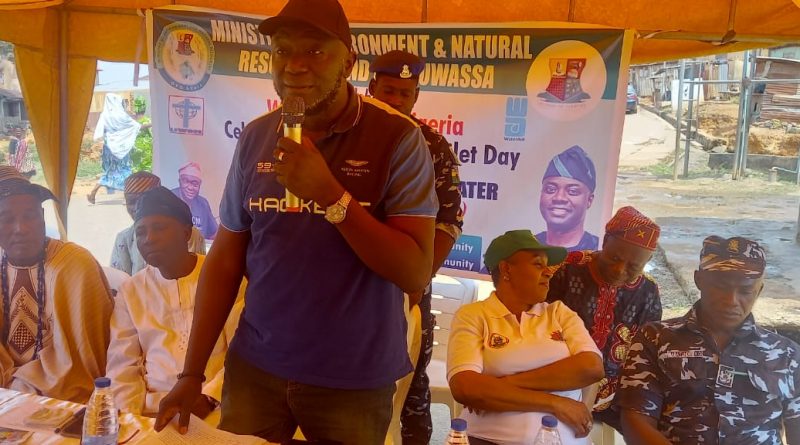 As part of the lined up activities to mark the 2022 World Toilet Day, the Oyo State Government on Friday embarked On a road walk to Kudeti area in Ibadan, to sensitize the residents of the state on proper hygienic behaviour.

He added that open defecation had been reported not only to deteriorate the quality of drinking water but also causing health problems and diseases resulting to high child mortality, poor nutrition and poverty
” open defecation has devastating consequences on people’s health. The environment also suffers because it introduces toxins and bacteria into the ecosystem” he added
The Commissioner added further that human excreta takes about a year to biodegrade and as such, causing environmental hazards most especially if it is left too close to streams hence, contaminating the ground water.

Mr. Abiodun Oni while emphasizing the theme for the 2022 World Toilet Day, “Sanitation and ground water, making the invisible visible” at Kudeti reiterated that the campaign for making the invisible visible explores how inadequate sanitation systems spread human wastes into rivers, lakes, streams and soil thereby polluting the underground water resources.
The Commissioner further charged all and sundry to collectively tackle sanitation crisis and help achieve a long term development in the state.
He hinted that the narrative of open defecation in the state would change in no distance time and soon toilets would become a serious and lucrative business.
“Let us redouble our efforts to provide universal access to toilets leaving no one behind” he added
Earlier, the Permanent Secretary for the Ministry, Mrs Modupe Adeleye, explained that the sensitization programme would also be replicated at Agbeni Community on Monday in order to create more awareness on open defecation to the residents by maintaining a good hygiene.
She commended the South East Local Government Chairman, Hon. Oluwole Alawode for ensuring adequate protection of the environment within his local government. 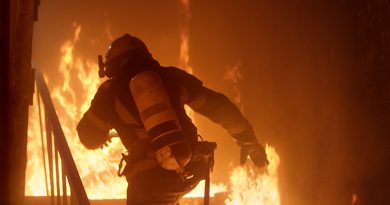 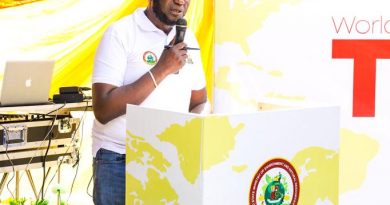