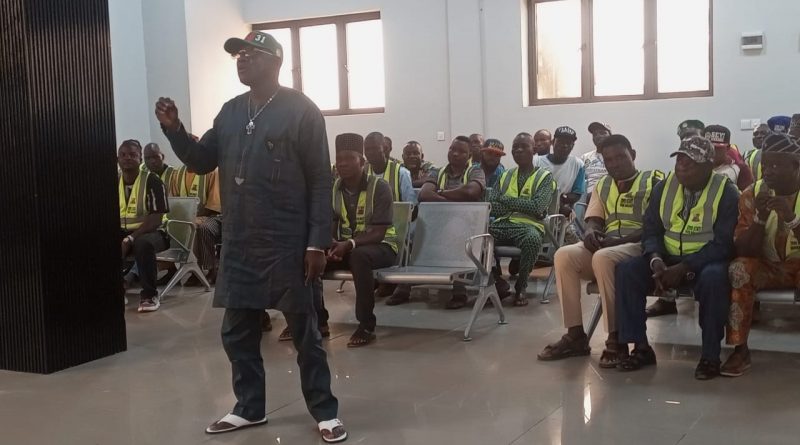 As apart of its effort to transform the transportation system and boost the economy of the state, the Oyo State government has organized a two day orientation programme for park managers, transporters, and users of the just commissioned bus Terminals ahead of its operational take off.

The orientation programme which was held on Friday 29th April (Oojo) and Saturday 30th April, 2022 (Challenge) was aimed at orientating all the users of the terminals on the proper way to make use of the terminals and how to conduct themselves especially during the operation hours of terminals.

Speaking at the event, the General manager, Oyo State Road Traffic Management Agency (OYRTMA) who represented the Executive Chairman, Mogaji Akin Fagbemi said the reason for the orientation is to enlightened the park managers, transporters and all the users of the terminals on the proper way to manage and use the terminals.

“So we have gather them together today to give them health talk, security tips, to let them know the new attitude they need to imbibe because you can’t compare this place to their former garages and former places they been carrying passengers. This is a modern setup which needs a kind of new orientation”.

While interacting with journalists at the event, the representative of the National Drug Law Enforcement Agency NDLEA, Mrs Titilope Asiru advised the users of the terminals against drug use and abuse noting that drug sellers should not be permitted in the premises of the terminal. She also stressed that passengers should be well monitored so as to guard against anyone trying to smuggle in incriminating substance into the terminals.

She said, “Today we came here to sensitize the park managers on drug abuse. First and foremost I appreciate what the governor of Oyo state has done to the city of Ibadan, it is one out of all, it is a very good innovation and it is a welcome idea.

“So during the lecture I give some recommendations, we let them know the disadvantages of drug abuse. I also recommend that to have a kind of something like this must have amounted to very huge amount of money and they should make sure that they maintain this place well. How will they maintain it? By making sure that they do not allow drug sellers within the premises of the terminal.

“Then secondly, we recommend that they should endeavor to make sure that they search both the passenger and their luggages very well, they should not be after money, they should know whom they are carrying and they should establish a kind of monitoring unit that will monitor passengers who may probably be into drug that want to spoil the image of what our Excellency has done so far. I think if they are able to abide with all these, we have a good end”.

While also speaking to newsmen at the event, tbe chairman, Park Management System Alhaji Mukaila Lamidi popularly known as Auxiliary further stress the campaign of no smoking of substance in the terminal. He noted that a lot of funds has been expended to build the terminal thus, it must be properly maintained while also advising users most especially drivers to make sure their buses are in good shape.

He said, “It is whoever is not there that would say what are we saying. I have talked to everyone here and advise them that this place is not where a driver will be smoking marijuana/cigarettes or drinking alcoholic drinks. They all should cooperate with what the government wants. They should understand that this place is built with millions of naira and it a new development. They should make good use of this place so that the governor will be impressed to do even more. It is for our own good and if we do well, the governor will build another better one for us.

“My advise for drivers are many. One is that smoking is not allowed here. Two, they should ensure that their buses are in good shape and form and three, the drivers must have a good manner of approach and communication skills. These are very important as this place will begin operations,” he continued.

Also, the consultant/operation manager for the Ibadan bus terminal Mr Foluso Olubakinde explained that the orientation is necessary because the terminal is a new system to the transportation system in the state hence the need to familiarize the users with the process and the operational plan in the terminal so that they can understand the concept of the terminal.

“The reason we organize this event is for us to reorientate the drivers. We know that they know their job but the facilities and the terminals management is a new thing to the drivers and we need to have a bit of discussion so that they can be familiarized with the process and the operational plan in the terminals so that they will understand the concept of the terminal, that’s the reason for this orientation.

On the partnership with different agencies, Mr Foluso Olubakinde said, “The governor in his wisdom realized that the facilities though built by the tax payers money and for the public but notwithstanding if we don’t manage it very well, in few months from now, we not have what we call terminal again. So the more reason the governor said the agencies of the government that will secure the facilities and guarantee security for the users of the terminal and the operators within the terminal be part of the orientation where all of us will collaborate for the better use of the terminal. 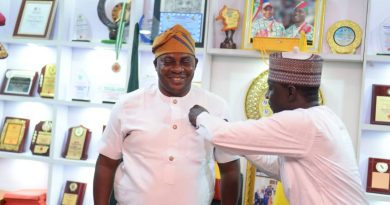