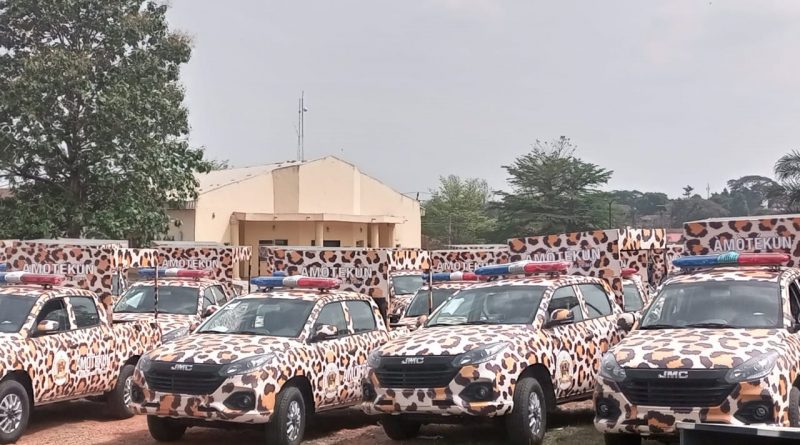 The governor, during the handing over ceremony held at the Secretariat, Agodi, Ibadan, expressed happiness that the Corps has totally changed the security landscape of the state.

A statement signed by the Chief Press Secretary to the Governor, Mr. Taiwo Adisa, indicated that Governor Makinde equally reiterated that his administration will continue to give zero tolerance to crimes, adding that adequate support will be given to all security outfits in the state.

The governor equally used the opportunity to announce that apart from the 1,500 personnel currently engaged by the outfit, more 500 persons will be recruited to further strengthen its capacity in the state.

Makinde said: “Today, we are here strengthening the Amotekun Corps. We will continue to listen to you. We will continue to fulfill the promises we made to you before you gave us the mandate. Let me also repeat that if you see something, say something and it will be sorted by Amotekun.
“To criminals and criminally-minded individuals, I was told that they usually import criminal elements into Oyo State.

Well, we have the security vehicles but that is not the only thing we are doing. We are recruiting more Amotekun personnel and would be upgrading their communication structure. We are also equipping them so that they can respond to you adequately. “So, my advice is, when you come to Oyo State with the intention to carry out any criminal activity, there is nowhere to hide. We will get you, deal with you and it will be your last operation.

“So, please, stay off Oyo State.”
Similarly, Governor Makinde appreciated the efforts and cooperation he is currently enjoying with the local government chairmen, saying the tier of government has demonstrated that the two tiers of government can work collaboratively to achieve the same objective.

He assured that his administration will continue to provide good leadership, quality governance and make their lives better for the citizenry.
“I like to specially recognise Chairmen and chairpersons of our local government areas. You have demonstrated that the state and the local government areas can work to achieve the same objectives. In some states, even though the state governor will have a hand in their emergence, but when they get there, they will start doing something else. “But For you, you have remained aligned with the state government.

“When we came out with this idea of equipping Amotekun and ensuring visibility for them, you bought into it and said you will provide some while the state government also provides some, and this is where we are today. Indeed, this is a message.

“Those people talking about autonomy and all of that, we only need a restructured country for the elements to work together. “The objective is the same. The electorate gave us the mandate to provide leadership, good governance and make their lives better, and we have demonstrated that with your support in Oyo State.
“So, the rest of Nigeria should take note as they can come and learn from us.

“I also want to thank the leadership of Amotekun Corps, the Commandant, your team and the operatives. You have indeed changed the security landscape of Oyo State. You have stayed through to your mandate and I want to thank and assure you of our continued support to Amotekun in Oyo State.”

“We currently have about 1,500 personnel under the Amotekun Corps with an additional 500 in the pipeline to come on board. The whole essence of these vehicles is to ensure efficiency in the security architecture in Oyo State.

“These vehicles were jointly financed by the Oyo State government and the local governments in the state.” 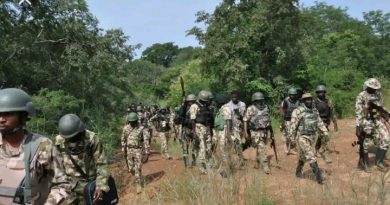 Gunmen Kill 12, Injure 28 Others In Plateau 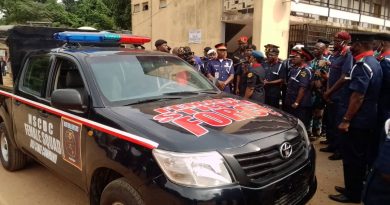