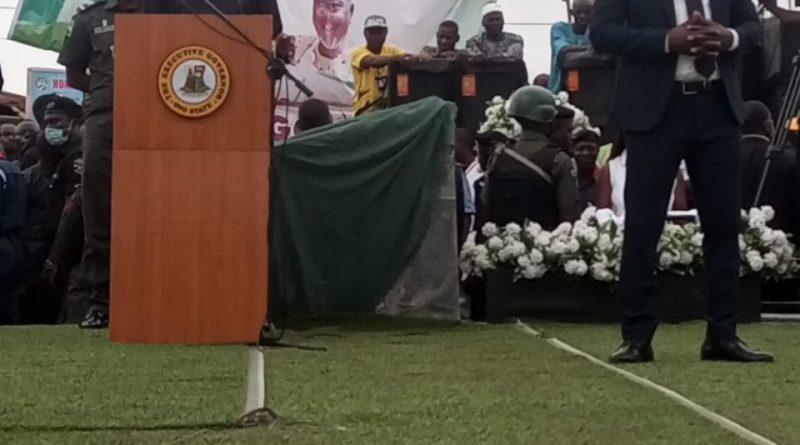 Oyo State Governor, ‘Seyi Makinde, on Thursday, declared that his administration will continue to fulfill its mandate to the people in every way, stating that part of that mandate is the ongoing massive infrastructure revolution in the state.
The governor maintained that his administration is embarking on the delivery of massive road infrastructure across the state to expand the economy of the state.

Governor Makinde, who stated these at the Asipa Junction, Behind the Palace of the Alaafin of Oyo, in Atiba Local Government, Oyo Town, shortly before the commissioning of the 5.25 kilometres Gedu-Oroki-Sabo-Asipa Road, equally said that the government is also building good road networks and inter-connectivity outside Ibadan, the state capital, to stem the tide of rural-urban migration.

A statement by the Chief Press Secretary to the governor, Mr. Taiwo Adisa, indicated that the governor was joined by his Bauchi State counterpart, Senator Bala Mohammed, to commission the 5.25km road project.

Governor Bala, who was the special guest of honour at the event, congratulated Makinde for standing by his people, describing him as being passionate about the development of Oyo State.

He added that the Oyo State governor, a tested technocrat, came into government with a plan and that the plan has been about using available resources to improve the lot of his people.

The governor, who also lauded the people of the state for supporting Makinde, said he was excited that governors of the Peoples Democratic Party (PDP) have been living up to the expectations of the people.

Mohammed said: “I am indeed honoured to be in Oyo State by the invitation of my friend and brother, GSM. I bring to you the warm regards of our people in Bauchi state.

“I am very delighted to be here today. Oyo is a centre of civilisation. If you look at our inter-relationship as a nation; between various partners in the Nigerian project, Oyo is the centre of everything. The relationship between Northern Nigeria, where I came from and the Yorubaland, is incubated under the auspices of our leaders in history, from Alaafin of Oyo, down to Ogbomoso.

“So, I congratulate the people of Oyo State for electing a man, who is showing that Oyo State is the centre of civilisation. He has become the centre-point of our reference point as governors, as he came into governance with a plan. He is using the available resources to improve the quality of life of the people.

“I could not wait to come to Oyo, because we had been hearing and seeing what the governor is doing. In terms of infrastructure and poverty alleviation, why were they not done before? Where is the money now coming from? These are the questions the new generation of Nigerians should be asking.”

Mohammed also hailed Makinde for providing leadership in the PDP, describing him as a mesmerising leader, who has been stabilising the party across states in the South-West.

Governor Makinde, while speaking at the official commissioning ceremony, said that his administration will continue to fulfil its mandate to the people of Oyo State in small ways and big ways.

Makinde, who appreciated Governor Bala Mohammed of Bauchi State, for honouring the state with his presence, said he is elated to see that Oyo residents are happy with the project being delivered.

“Just about three months ago, we were here to officially flag off the 34.85km Oyo-Iseyin Road. I am sure everyone can see the work is going on well. As we speak, the project has reached Fashola Farms.

“When people hear that this road is 5.2kilometres, they might say, oh, it is a small road. But when you look at the people who came out today to celebrate this small road, you will realise how important it is to them.

“So, it might be small to some, but to our people here in Oyo, is it small? No. So, we will continue to fulfil our mandate to our people, in small ways and big ways. Part of that mandate is to stem rural-urban migration by ensuring good road network and interconnectivity outside Ibadan Zone.

“Very soon, in fact, in the next two months, we will be counting three years in office. And we will be presenting our scorecard. The good thing is that our scorecard is not hidden.

In road construction alone, we have over 550 kilometres of roads, both completed and ongoing.
“We have successfully laid the proper foundation for engineering a modern Oyo State. As we have said repeatedly, we believe that anywhere that roads go, development follows.

“And so, when we promised that we would move the good people of Oyo State from poverty to prosperity, we knew that a lot of our plans would be hinged on creating a viable road network through rehabilitations, reconstructions and constructions.

“So far, we have done a lot of work around the Oke-Ogun-Oyo-Ibadan axis. And we are seeing how much development this has brought in less than three years.

Development means that more businesses are seeing Oyo State open up, and they are coming to site their companies here.
“When these companies come here, they pay taxes. And so, we have been able to raise our Internally Generated Revenue (IGR) by a record N15 billion in two years.

“More recently, we are expanding the road network and linking Oke-Ogun to Ogbomoso through the Iseyin-Fapote-Ogbomoso Road. This 76.7-kilometre road will serve the same purpose as the Moniya-Ijaiye-Iseyin Road – providing a vital link between two zones.”

Governor Makinde declared that his government will move to the Ibarapa zone of the state, stating that the administration has no intention of leaving any zone behind in terms of development.

“We have a message for our people in Ibarapa Zone. We are coming for you! Yes, we did not forget you. In our bid to engineer a modern Oyo State, the people of Ibarapa will not be left out.
“We have reawarded the reconstruction of the 58km Omi Adio-Ido-Eruwa Road. Also, we have approved the limited rehabilitation of the Igboora-Igangan-Iganna Road while the reconstruction of the Isaba-Ogundoyin Road, Eruwa is currently ongoing.

“We did not come into government without a plan. We knew what we wanted to accomplish, and I am happy that you are all seeing a modern Oyo State develop before your very eyes. An Oyo State where no zone is left behind in our development plan. An Oyo State we can all be proud of,” Makinde added.

Earlier, the Commissioner for Works, Public Infrastructure and Transport, Prof. Dahud Sangodoyin, said the 5.25 kilometres road was expanded from 8m to 12.3m, with 7.3m carriageway and 2.5m shoulder on each side of the carriageway.

He added that the project was funded through the Alternative Project Funding Approach on a build, design and finance basis.
In his welcome address, Archbishop Ayo Ladigbolu, who spoke on behalf of Alaafin of Oyo, His Imperial Majesty, Oba Lamidi Olayiwola Adeyemi III, commended Makinde for delivering the landmark project.

Similarly, former Speaker of the Oyo State House of Assembly, Senator Monsurat Sunmonu, hailed Governor Makinde for not letting the Oyo State electorate down, stating that the ongoing developments in the state indictated that the governor has the interest of the people at heart.

She added that on behalf of the Alaafin and all Oyo residents, she would assure the governor of the support of Oyo people at the appropriate time.

The event was attended by the Alaafin of Oyo; the Olugbon of Orile Igbon, Oba Festus Alao as well as top government functionaries in Oyo State. 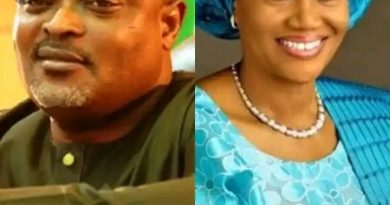 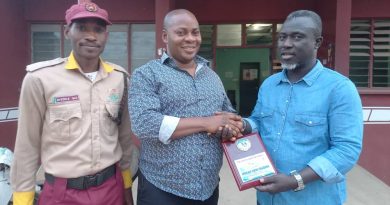 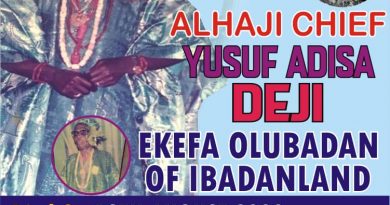