The concept of the Nigerian state by its composition is problematic. It is a constellation of many partitions which are given by her experience with colonization. But it is erroneous to conclude on the predicament of postcolonial Nigeria as being exclusive to colonization. There are such ingrained challenges and those that heralded at the inception of independence.

In a previous edition of SYNOPSIS, it was said that the neoclassical colonization, the form which America under the British colonial rule took, did not include the interruptions of America’s long-standing social structures, and was devoid of redrawing her boundaries into an artificial one. In Nigeria, social structures were undermined, boundaries were redrawn into incompatibilities, and then the prohibition of autochthonous cultures and the transformation of the indigenous political system into Western-type were the mode and model for colonial implementation in Africa. This presents Africa as a victim of colonization, and America as a beneficiary of the same rule.

The administrations of Nigeria under the British colonial government were characterized by exploitation, class, coercion, and marginalization which resulted in some sort of political reaction – nationalism. In Africa, the origin and proliferation of nationalism, and nationalist groups followed the nature and character of implementing colonization in the continent. Nationalism, therefore, presupposes the reactions against European domination and rule in Africa.

Although a body of literature and argument of several scholars reasoned the threshold of nationalism in Africa Vis a Vis her encounter with the colonial rule as starting with agitation for independence. This false impression is being communicated to the public but this article seeks to clarify the misunderstanding to educate, and also avoid transmitting misconceptions to coming generations.

Effectively, this article classified nationalism and nationalists’ movements in Nigeria into five waves and goes on to claim that the fifth wave is yet, not in its total gamut. The manifestation of the fifth wave, the article argues, will culminate into the collapse of the coalesced organization– the Nigerian state.

WAVES OF NATIONALISM IN AFRICA

First Wave (the 1890s –1906) – the period of resistance against colonization. Africans had organized themselves into different groups, put up to resist colonization. There were widespread resistances against colonial rule, which include the ‘Abd al-Qadir led the resistance against the French in Algeria, the Asante King (Prempeh I) led a revolt against British colonialists in Ghana, the Maji Maji revolt in Tanganyika, the Ndebele rebellions in Rhodesia, the Mahdi movements in Northern Nigeria, the Zulu resistance in South Africa, etc.

With the assistance of the European military forces, except Ethiopian ‘empire state’ under Emperor Menelik II which successfully defended itself against the invading Italian army and remained the only African society free of direct European political domination, these organized African resisters were soon overpowered, while their protectorate, the empires/kingdoms were destroyed. In the case of Northern Nigeria, the Mahdists suffered heavy overpowering from the West Africa British Forces leading to the collapse of the Sokoto caliphate, the same way the Touré’s army was eventually defeated by the French military.

Second Wave (1907– 1948) – Resulting from the above, nationalism became redefined from resistance (against colonization) to ‘advocacy’ for social, economic, and political inclusion. In this period of advocacy, the National Congress British of West Africa cofounded by Thomas Hutton-Mills, and Casley Hayford emerged as one of the earliest and nationalist (advocacy) groups. The aim and objectives include- demanding a legislative council in each British West African territory, and that fifty percent of the seat should be allotted and reserved for Africans.

In Nigeria, Sir. Herbert Macaulay who is arguably renowned as a father of Nationalism joined NCBWA too. He also founded Nigerian National Democratic Party NNDP in 1923, the first Nigeria political party, and championed several advocacies which he strengthened by cofounding Nigeria Daily News, a platform he used to write opinion pieces. The Nigerian Youth movement in 1933 was equally established as Nigeria’s first genuine nationalist organization. The organization was founded by Professor Eyo Ita, Ernest Okoli, Samuel Akinsanya. The major focus of the group as set out in its charter was to unify the tribes of Nigeria for a common goal and educate public opinion for public consciousness.

Third Wave (1949 – 1963) – This trend represents the period of agitation for independence. It also instantiated an era of thrash in the boundary between nationalism and politics. The process of building a strong sense of national identity, and coalescing the diverse ethnocultural identities in a toga of national ideology through genuine and concerted nationalism was soon abandoned.

All nationalists became politicians seeking political legitimacy. African leaders intended to replace the Europeans, and not to change or modify European capitalist rule. The reason Frantz Fanon concluded the change between colonial and post-colonial Africa is as a change of species. Similarly, Peter Ekeh had stated that European rule affords African leaders a system of political legitimacy that Africa’s indigenous method of rule lacks. This would later be corroborated by the opinion of Emeritus Professor Bayo Adekanye that Africa at the threshold of independence was in a dilemma on what order to adopt. Perhaps it affirmed in part the Hamitic hypothesis opining that ethnic conflicts in Africa were because colonization ended soon.

In Nigeria, the strained relationship between the colonized and their colonists arguably started in 1953 when Chief Anthony Enahoro arguably became the first to move the motion for Nigeria’s independence. Also at the fronts of the agitation were Nnamdi Azikwe, Obafemi Awolowo, Tafawa Balewa, Ahmadu Bello among other nationalists. Nigeria was pronounced independence in 1960butbu did not enjoy political sovereignty until 1963, the year she became a republic.

Fourth Wave (1963 – 2003) – At the birth of Nigeria’s republic in 1963, the concept of nationalism parted way, at least, formally with colonial nuance. From then, the military, through the series s of violent and nonviolent coups had subverted civilian governments in almost all the African states.

The first military coup in Africa took place in Togo on 13th, January 1963, anchored by Gnassingbe Eyadema, Emmanuel Bodjolle, and Kleber Ddajo. It was a bloody coup that led to the assassination of Sylvanus Olympio.

The National Liberation Council led by Colonel Kotoka, Major Afrifa, and Gen Ankrah toppled and overthrow Kwame Nkrumah’s government in 1966. Similarly, in Burkina Faso, President Maurice Yameogo in 1966 was forced to resign and thereafter replaced with colonel Sangoule. In Nigeria, the armed forces formally took over the administrations of the country on 15th January 1966 when mutinous Nigerian soldiers led by Chukwuma Kaduna Nzeogwu and Emmanuel Ifeajuna killed twenty-two people including the prime minister of Nigeria, many senior politicians, and army officers.

The campaign against the military regime Vis a Vis the restoration and sustainability of civilian rule became the new semantic for nationalism in Africa. Several nationalist organizations in form of civil societies, nationalist individuals, and publicist writings against military dictatorship momentarily surfaced, operating both within and outside (exile and diaspora) the space of Africa. For instance, the work of Professor Wole Soyinka, King Baabu evokes the people to revolt against the antidemocratic tendencies and the manipulation of army leaders who attempt to control and contain the public through various means to remain in power. The National Democratic Coalition NADECO 1994, Campaign for Democracy 1992 included in the major civil societies campaigning for the restoration of civilian government. Also, the National Association of Nigerian students, Nigeria Labour Congress, Association of Universities Lecturers joined in the campaigns through their participation in policy reform, strategic participation, and public intellectual.

Today, there are innumerable civil society organizations in Nigeria with each having their hands and focus on sustaining democratic governance, ethnoreligious balance, social equality, rule of law, and fundamental human rights, etc. However, the shrugging response of government, her reincarnation of the colonial’s bestial, and brutal inherited legacies, absence of tolerance, and social injustices – amongst the complex partitions that make up Nigeria, to these advocacies has resulted in a new (virulent) wave of nationalism, not alone in Nigeria but most African states.

Fifth Wave (2007 – till date) – The period of self-determination. Although first experienced and culminated in the Civil War fought between 1967 and 1970. In recent times, the rare several ethnic-nationalities make entry, agitating towards the indigenous reclaiming of, in their opinion, the territories that were ‘forcefully’ amalgamated by colonization. The actors involved have also worn the nationalist garment, and in truth admitted and recognized as so by their ‘people’. Examples of these separatist organizations include Movement for the Emancipation of the Niger Delta MEND, Independent People of Biafra IPOB, Yoruba Nation Agitators, Ilana Omo Yoruba, etc.

In essence, the government must necessarily revisit the issues that resulted in the emergence and proliferation of these centrifugal forces. Their total manifestation if prescient must be feared, otherwise, it will easily culminate in the collapse of the coalesced organization called the Nigerian state.

IN CONCLUSION
Against the erroneous belief, the above identifies that nationalism is not alone identical to advocacies (for inclusion) and agitation (for independence) under colonial rule. It argues that the import of nationalism started with resistance (against colonization) and this is evident even in other African states.

In addition to this, the article classified nationalism in Africa into five waves – resistance against colonization, advocacy for inclusion, agitation for independence, the campaign against the military regime, and self-determination. The article contends that the fifth wave of nationalism begs for the government’s attention, else, constitutes a potential threat to the socio-economic and political development of Nigeria.

It is found that civil societies contribute great influence in the operation of Nigeria’s government and politics. Although they were formed to address social injustices amongst Nigeria’s complex social divisions as they endanger the prospect of Nigeria’s democratic institution. Alas, these civil societies are in themselves prone and overwhelmed with these very social problems. 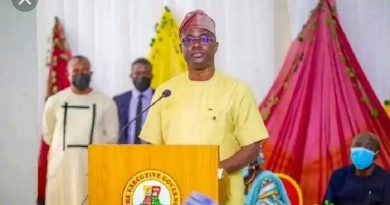 2023: Tinubu Still Searching for Running Mate, Masari Will be Replaced 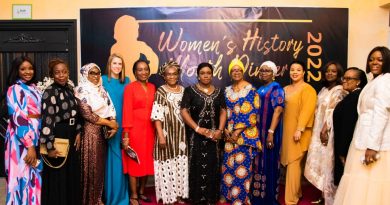