Oyo state governor Engineer Seyi Makinde on Tuesday, said that his administration has been formulating and implementing policies that have helped the state to build an enabling environment for businesses to thrive and prosper in the state.

The governor maintained that in less than three years of  his administration, the state has witnessed significant improvements in its investment outlook and that these have brought many positive results to the state.

A statement by the Chief Press Secretary to the governor, Mr. Taiwo Adisa, quoted the governor, who was represented by his Chief of Staff, Hon. Segun Ogunwuyi, as saying this during the launch of a N200m Farmers’ Fund by the British American Tobacco, Ibadan.

He said: “I understand that this state-of-the-art factory, the largest tobacco manufacturing facility in West and Central Africa, which was commissioned and began operations on June 17, 2003, has attained the capacity to produce 100 million sticks of cigarette per day for export to 14 countries.

“Oyo State, under the leadership of His Excellency, Engineer Seyi Makinde, fnse, has witnessed significant improvements in the investment outlook. Our Quarter 1, 2021 Business Expectation Survey indicates that businesses in Oyo State maintain a positive outlook despite the national challenges, with over 70 per cent positive outlook and confidence.
“As a government, we remain committed to supporting businesses via the provision of adequate infrastructure and security. Our administration will continue to foster an enabling business environment for human and material capital to thrive and prosper.
“This, to us, is an essential ingredient in our expanded economy drive that will take our people from poverty to prosperity. The unique out-grower model used by BATN over the years, has contributed immensely to the economic well-being of many farmers in the state.
“The N200m Farmers’ Fund instituted by BATN Foundation in partnership with IITA, is therefore, a step in the right direction towards cushioning the impact of the company’s operations on farmers whose livelihoods were affected by the decision to discontinue tobacco cultivation in Oyo State, Nigeria.
“I, therefore, use this medium to urge the BATN to ramp up efforts for continued improvement in the livelihoods of farmers and other stakeholders along the value chain.”
Earlier, the Area Director for British American Tobacco in West and Central Africa, Yarub Al- Bahrani, said that BAT  relies on the successful delivery of all its sustainability priorities across the environment, social impact, and governance landscape to create shared value for consumers, society, employees and shareholders.
“BAT has also set ambitious targets and continues to achieve them including: 100 per cent recycling, zero waste to government landfill, green fuel (CNG independent power plant) for power generation, water recycling for horticulture and zero loss time accidents from the factory operations.
“The Two Hundred Million Naira Farmers’ Fund, which His Excellency, Engr. Seyi Makinde, formally launched today, was established by BAT as a social impact initiative for the benefit of rural smallholder farmers in the Oke-Ogun Area of Oyo State.
“The Fund, which is administered by the International Institute of Tropical Agriculture (IITA) is to support the farmers who grew and sold tobacco leaf to BAT over the years, to transition into the production of food crops, following the discontinuation of its leaf farming programme.”
Signed
Taiwo Adisa
Chief Press Secretary to Governor ‘Seyi Makinde
November 30, 2021. 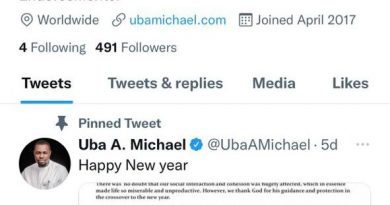