More than a year after the annulment of his election as governor of Imo state, Emeka Ihedioha, Tuesday, took Kano state governor, Abdullahi Ganduje to the cleaners, urging him to seek the face of God in forgiveness.

Ihedioha made the charge at the Shehu Musa Yar’ Adua Centre, venue of the public presentation of the book, “Scents of Power,” written by face journalist, Dr. Amanze Obi.

It all started when Ganduje who was the chief guest of honour at the event, recognized in order of protocol, dignitaries on the high table which included Governor Bala Mohammed of Bauchi state, former Senate President, Anyim Pius Anyim, Senators Ben Obi and Kabiru Gaya, among others.

Curiously, he left out Ihehioha; an action that did not seat well with the former governor. Called to give his address as Special Guest of Honour, Ihedioha seized the moment to tell his former colleague what he considered some home truths.

He said: “When Governor Ganduje made his address, he chose not to recognize Emeka Ihedioha. I wasn’t disturbed. It only confirmed what I know. I am sure it confirmed what all of you know: Governor Ganduje belong to the class that is convenient to say but won’t admit that I was the man popularly elected as the governor of Imo state by Imo people. The facts are sacred and history remains history. Our actions in life remain historical and there is nothing we can do about them.

“Governor Ganduje knew when I was Deputy Speaker of the House of Representatives and we interfaced. As governors, we shared the Economic Council together and he was aware that I won my election resoundingly but he knew what happened.

Amidst round of applause, Ihedioha turned to the governor who was obviously stunned and charged: “Governor Ganduje, I pray that God will give you the courage one day to confess and ask for atonement. Only truth can set us free.”

It would be recalled that Ihedioha of the Peoples Democratic Party, PDP, was declared winner of the March 9, 2019 governorship election in Imo state by the Independent National Electoral Commission, INEC. The election tribunal and Appeal Court affirmed the election but on January 14, 2020, a seven-man panel of the Supreme Court led by Chief Justice Tanko Muhammad annulled the election and urged INEC to declare Hope Uzodinma of the All Progressives Congress, APC, winner of the poll.

Earlier in his remarks, Ganduje who wrote the foreward to the book, described Amanze as “one of Africa’s finest journalists” who has availed Nigeria his talents and energy both in public and private service.

Continuing, Ganduje chose to speak of the author rather than the book, saying, “We are very good friends even though we only met a few years ago. We met in Imo state when the former governor, Rochas Owelle Okorocha conferred on me the title of Chancellor Order of Imo, COI. Since then, our friendship has continued to grow from strength to strength. 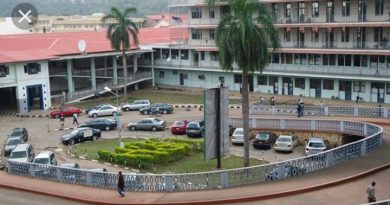 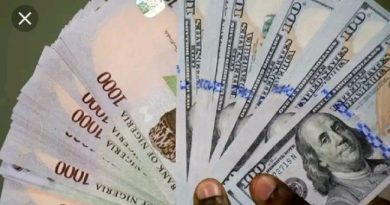