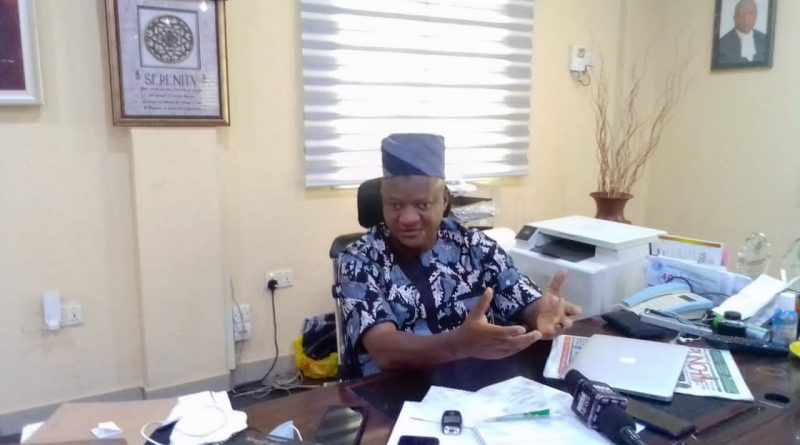 A legal luminary and a Chieftain of the All Progressive Congress (APC) who is eyeing the governorship seat in Oyo State at the forthcoming 2023 general elections, Barrister Akeem Agbaje, has stressed the need for restructuring of the Federal Government System and it’s constitution, noted that, it is the only solution to solve all the issue of self agitation struggles as being clamouring for by some Individuals and groups within the Country.

Speaking with journalists in his Chamber at Oke Bola Area of Ibadan the Oyo State Capital over the weekend, Agbaje an Ibadan Indigene said, “my own understanding of the clamouring for self determination is about restructuring, that is what I believe is the bottom line of the struggle, everybody knows that we are stronger as a United Nigerian.

“if you look at it from the angle of this issue of VAT, you will realize that majority of the VAT we are talking about comes from Lagos State and it is not only the Yoruba people that are residents of Lagos state, and not only Yoruba people that are operating in that economy that provides the majority of that VAT for the Country and we are able to do so because of our diversity.

“Also in Rivers State, we have a very large South West Population in the Rivers, if all the Igbos are saying that they are no longer going with Nigeria as a Country what happens to all the properties of the Igbos in Lagos state and other part of South West region.

We all have investment in different parts of the country, I’m so sure that all of us we love to stay together but with a fair system, a system that does not confer all the advantages on any particular ethnic group, so I can tell you that the issue is more of restructuring than the break away or independent of each units. Agbaje said.

Agbaje, while speaking on the issue of VAT said that, it is a very positive development for our democracy, is also a test of federal structure, and it’s a very welcome development.

He further stressed that to put things straight, the powers of the center of the federating units is specify with the constitution and ordinarily we have what we call the Exclusive list, the residual list and the concurrent list, the constitution only provide expressly for the exelusive and the concurrent list so anything that is not in the any of these is automatically in the residual list. 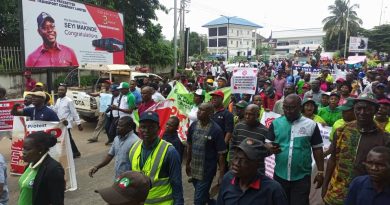 Strike: NLC Promise to Ground Economy If Demands Are not Met