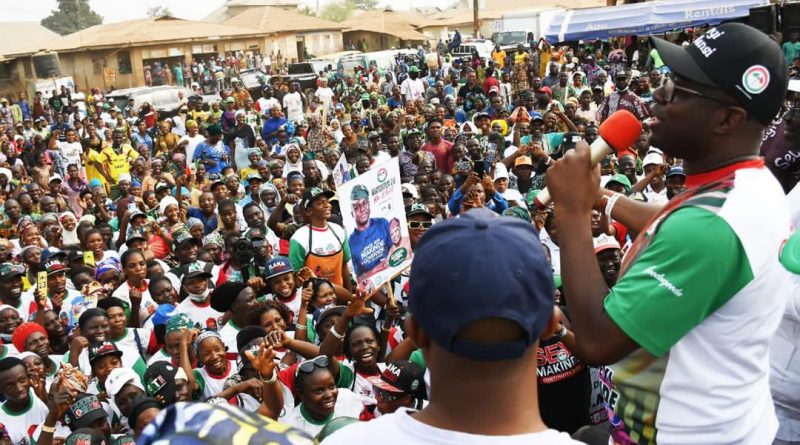 Governor of Oyo State, ‘Seyi Makinde, has stated that the residents of the state are in for a better life and greater times if he is re-elected as governor of the state in the March 11, governorship election.

The governor, who maintained that he has fulfilled his promises to the people of the state on education, poverty eradication and security in the last 44 months, said that everything he has achieved under Omituntun 1.0 are just the beginning and that more will come under Omituntun 2.0.

The governor added that his administration has done quite well for civil servants and pensioners, noting that his government approved four years promotion arrears left by the immediate past All Progressives Congress (APC) and also paid three years leave bonus arrears.

A statement by the Chief Press Secretary, Mr. Taiwo Adisa, on behalf of the Media Committee of the Seyi Makinde 2023 Governship Campaign, indicated that the governor stated this while speaking at Erunmu, Egbeda Local Government, noting that better life is coming for residents of the state, if he is re-elected.

He called on the residents of Egbeda Local Government to vote for him and other candidates of the Peoples Democratic Party (PDP) in the National and State Assembly elections on February 25 and March 11.

He named the National Assembly candidates of the PDP in the area as including Chief Luqmon Oyebisi Ilaka as senator respresenting Oyo Central; Hon. Busari Olayemi as member representing Egbeda/Ona Ara Federal Constituency and Hon. Olasunkanmi Babalola as member of the House of Assembly.

The governor informed hundreds of party faithful that his administration has successfully lifted people from poverty to prosperity by sustaining the prompt payment of salaries and pensions to civil servants and retiress for 44 straight months.

He added that the scrapping of N3,000 education levy imposed by the immediate past administration, the distribution of notebooks and exercise books to students and the creation of Amotekun corps to take care of security, were strides achieved by his administration.

He, however, noted that these achievements were in Omituntun Part 1, and that like a season film with many plots, Omituntun 2.0 will usher in greater developments in the state.

He said: “I thank you for the support you are giving to this government since inception. Under Omituntun 1.0, I made some promises on Education. I promised to scrap the N3,000 education levy and I did. I promised our children will be given notebooks, textbooks and kept to it. “And I vowed to organise special extra tutorials for those writing WAEC exam, and we carried that out as well.

“I promised that I would take our people from poverty to prosperity and protect lives and property of our people, because there can be no meaningful economic activities without security, and today, you can feel the impact of Amotekun.
“I am sure you call for their intervention when in distress and they cooperate with you. They have also been cooperating with the federal security agencies.

“We pay workers on the 25th and our pensioners, which the last administration referred to as ‘the dead’ have been brought back to life and they are doing well under this government, because we equally pay them on the same date.

“This government has awarded the road from Academy through Erunmu junction to Odo-Oba. All of these are being executed under Omituntun 1.0.

“We will fix the road from that junction to the internal part of Erunmu under Omituntun 2.0.”
Makinde, who responded to a video of an opposition politician accusing his government of not paying the deductions of civil servants’ salaries to their cooperative societies, said he has ordered the payment of two months deductions.

“I was watching a video on social media where one of the aides of the past government was saying that I should address the issue of salary deduction/cooperative of civil servants. Well, about two weeks ago, I approved two months out of five, and was told that it will be paid today or next.

“But I want you to help me ask them why their government failed to promote any civil servant. I can tell you that we were able to implement four years promotion arrears in just one month when we came in.

“Secondly, they didn’t pay leave bonus for three years before we got there and we have paid all the bonus for civil servants. All our pensioners were given 10,000 Christmas bonus. Tell them to stop playing blame game if they don’t have anything to say,” the governor added.

The governor had earlier campaigned at the Bola Ige International Market, Gbagi, where market men led by the Babaloja-General of Oyo State, Alhaji Y.K. Abass and the Babaloja of Gbagi, Alhaji M.A. Adebayo, hailed the governor for several laudable achievements including the security of the state.

Speaking on behalf of the market men and women, Abass lauded Makinde’s efforts on security, education, health and other critical area.

He, however, asked for the support of the government in the area of the setting up of a revolving loan system to assist his members.

While meeting the Christian Association of Nigeria (CAN) at the Anglican Church, Oyediji, the governor, who appreciated the church for its support, announced the appointment of an Egbeda Local Government CAN leader, Revd. Oyekunle, as the chairman of the Oyo State Rural Electrification Board, which he promised to put in place at Igboora, a few weeks ago.

The governor equally met with the League of Imams and Alfas in Egbeda Local Government at the Egbeda LG Council Hall and also visited the Al-Haqdeen International Islamic Centre, Kumapayi, Olodo, Ibadan, to pay homege to its founder, Khalifah Sheik Dhikrillahi.
Speaking at the Al-Haqdeen Centre, Governor Makinde declared that the Adogba Central Mosque, Iwo Road, which he built with money from his personal pocket, would be commissioned in two weeks and that after that event, he would move on to the Al-Haqdeen Centre’s uncompleted mosque project, which its founder solicited his assistance for. 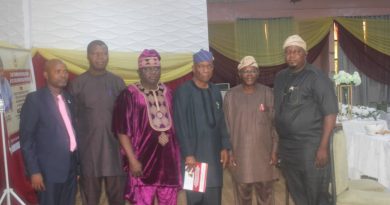 I am happy to be back home – Tinubu