They said Arase merited the appointment considering his achievement and exemplary leadership particulary in promotion of Community Policing while serving in Nigeria Police Force.

A statement jointly signed by the President, Association of Ibadan Mogaji’s, Mogaji Asimiyu Ariori and the Coordinator of ICPI, Asiwaju Nurudeen Akinade, which was made available to Journalists on Wednesday in Ibadan, the Oyo state capital noted that the relationship the new PSC chairman have built with Ibadan people and Oyo State in general over the years in terms of security can not be overemphasized.

“The way he has promoted community policing among the good people of Ibadan and Oyo State is highly commendable.”

“He has been part and parcel of Ibadan despite his rank while serving at the Nigeria Police Force, he is so lovely and courageous and this make people loves him.”

“We are confident that with the new assignment federal gave him, he will do more for the security of lives and properties of Nigerians and welfare of Police officers across the nation.”

They however said as a mark of honour to ensure that dignity, hard work and sincerity is respected , Ibadanland will endorse a date to be announced later to organise a befitting reception for Arase in his honour in Ibadan.

Solomon Arase was born 21 June 1956, he served as the 18th Inspector-General of Nigerian Police, he was appointed IGP in 2015 by President Goodluck Jonathan after Suleiman Abba was sacked.

Before his appointment as IGP, Arase was head of the topmost intelligence gathering unit of the Nigerian police, the Criminal Intelligence and Investigation Bureau.

I Will Never Negotiate with Terrorists Again – Masari 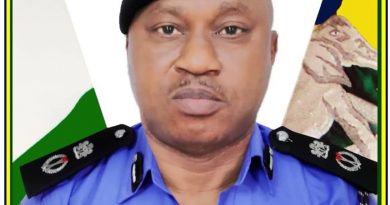