The Under-16 Squash Tournament according to the CEO of Kayromlee Gym, Amb. Romoke Ayinde JP is put together to celebrate the 13th year anniversary of the firm and to also scout for talents from the grassroots, especially from the secondary schools in Ibadan.

Amb. Ayinde also said the former President, Chief Olusegun Obasanjo has also confirmed his interest to play an exhibition game during the Squash tournament scheduled for between 8-10 December, 2022 at the indoor squash court of Obafemi Awolowo Stadium that is being managed by her firm for the past 13 years.

“The major participants for this tournament will be drawn from secondary schools while some notable personalities that love the game of squash will participate in exhibitions matches, and our Baba, Chief Olusegun Obasanjo has confirmed his participation in this category.

“All these efforts are geared towards creating more awareness for the game of squash and also recruit fresh bloods into the game. Squash is a great sport for children and adults of any level, but the better you get, the more intense the workout becomes. Squash is one of the best cardio workouts around. Playing for one hour will see you burn between 600 and 1000 calories”, said Amb. Romoke Ayinde. 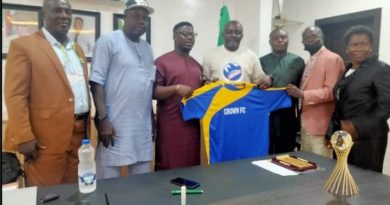