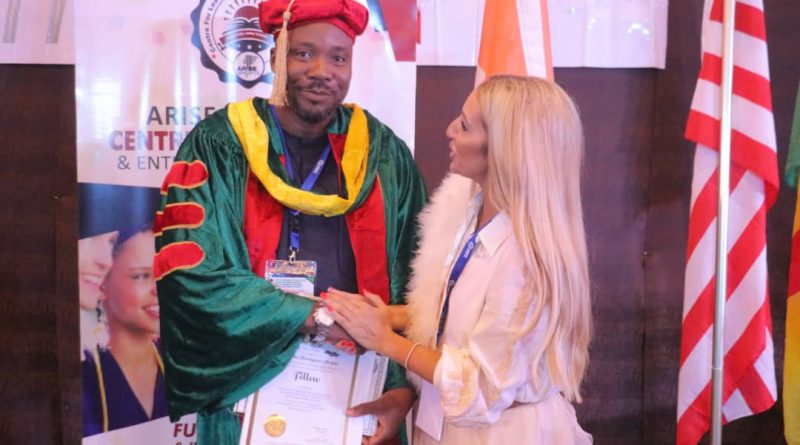 Ogunsola Olumuyiwa Oludele who was recently inducted by the United Nations’ International Peace, Governance and Council (IPGC) has described economic development as one of the major factors that could influence peace in the society, saying when a society thrives economically, it encourages peaceful coexistence.

Ogunsola made this call while speaking with newsmen after being inducted as special envoy to Oyo State on Entrepreneurship and Economic Development at the just concluded 8th PAN African Leadership Symposium and Honours (PALESH 2022) which was held in Abuja on 19th August 2022.

The vice chairman of Super Eagles Supporters Club Oyo State Chapter however, promised to add his own quota by organising periodical training for youths in our society to be sound economically by taking on entrepreneurship knowledge.

He added that “having entrepreneurship training will equip and liberate youths in the society, and will also reduce the engagement of youth in negative vices which in turn promotes peace in the Society”.

Ogunsola who is the Managing Partner at Alicer Nutrition Nigeria Limited, a food and beverage production company based Ibadan expressed his deep appreciation to the United Nations International Peace and Governance Council for honoring him with such responsibly while promising to leave up to expectations of the UNITED NATION SDG 16.

The business expert thanked the head of the mission, Dr Farzam Kalambadi IPGC Africa and the Vice President IPGC Global H.E Amb. Dr Jonathan E. Ojadah while also appreciating the Chartered Institute of Management and Leadership from the United State of America for awarding him ‘A Fellow’ at the PALESH 2022 held in Abuja. 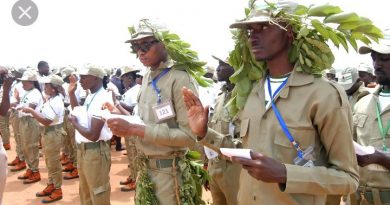