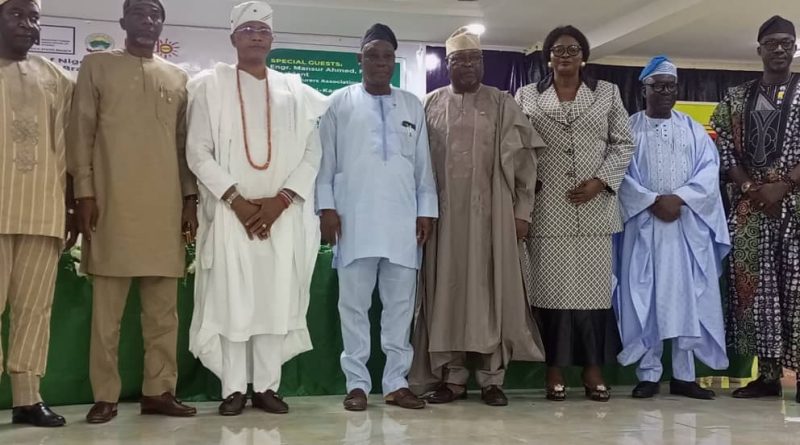 …assures of adequate impetus to industrial sector in the state

Oyo State Acting Governor, Bar Bayo Lawal, said on Tuesday, that the government will continue to create an enabling business environment for human and material capital to thrive in the state.
The Acting Governor, who stated this at the 39th Annual General Meeting and Presentation of 2021 Annual Report and Accounts of Manufacturers Association of Nigeria (MAN) held at the Elizabeth Hall, Manhattan Hall, Jericho, Ibadan, assured of adequate impetus to the industrial sector in the State.

The acting governor further told the Manufacturers that the Governor Makinde- led administration has witnessed significant improvements in investor confidence and investment outlook despite the current national challenges.

He maintained that through partnerships and collaborations with Federal security agencies, the present administration in the state has made significant investments in safeguarding the lives and property of everyone within the boundaries of Oyo State.

According to him,the Manufacturers Association of Nigeria (MAN) should come up with a robust policy that will promote manufacturing and industrial growth in the Country.

He said: “I want to welcome you all to this important occasion marking the 39th Annual General Meeting of the Oyo/Osun/Ondo/Ekiti chapter of the Manufacturers Association of Nigeria.

“Let me start by appreciating the immense contribution of members of the Manufacturers Association of Nigeria in the attainment of the economic expansion mandate of the current administration in Oyo State.

“Oyo State, under the leadership of His Excellency, Engineer Seyi Makinde, fnse, has witnessed significant improvements in investor confidence and investment outlook despite the national challenges. As a government, we remain committed to supporting businesses via the provision of adequate infrastructure and security. “Our administration will continue to foster an enabling business environment for human and material capital to thrive and prosper.

“Security as one of the four pillars of our Roadmap to Prosperity mandate is the bedrock of a clement business climate. We believe that a man that lives in a secure environment in good health, adequately equipped with impactful skills (education) will definitely contribute to economic development of the State. Through partnerships and collaborations with Federal security agencies we have made significant investments in safeguarding the lives and property of everyone within the boundaries of Oyo State.”

He added that the state government led the way in the
introduction of the Western Nigeria Security Network, code-named Amotekun, adding that from the inception of the administration in the state, it has supported the security architecture with about 200 vehicles, cutting-edge equipment and adequate logistics to reduce crime rate and speed up security response times.

He added: “In the bid to improve market linkages, we have embarked upon the construction of a viable road network linking the major zones of Oyo State. The recently commissioned 65km Moniya-Ijaiye-Iseyin Road has significantly reduced travel time and provided improved market linkages. “Reducing travel time is essential to business success.

“As we say, time is money. Travel time saved is money saved. The 12km Apete-Awotan-Akufo Road, the 34.85km Oyo-IseyinRoad, and the 76.67km Ogobomoso-Fapote-Iseyin Road, are other vivid examples of our resolve to improve road infrastructure in Oyo State. “The process for the upgrade of Ibadan Airport to international standards has commenced, as we recently awarded the dualization of the 3.2km airport road and a 500,000-litre aviation fuel facility has been constructed within the airport to enable aircrafts refuelling.

“Construction works have commenced on the 32km north eastern segment of the Ibadan Circular Road and we are in partnership with the Federal Government of Nigeria to kickstart the Ibadan Inland Dry Port project.
In the words of His Excellency, Engineer Seyi Makinde, ‘wherever infrastructure goes, development follows.”

Chairman, Manufacturers Association of Nigeria (MAN), Oyo/Osun/Ekiti State’s branch, Mr. Lanre Popoola, commended the responsiveness of the Oyo State government to MAN’S advocacy drive under the state its covers, adding that Oyo State Ministry of Commerce, Industry, Investment and cooperatives has continued to maintain agreement of a 70% discount on Haulage for manufacture product. 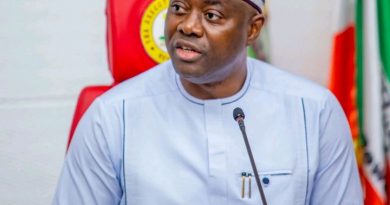