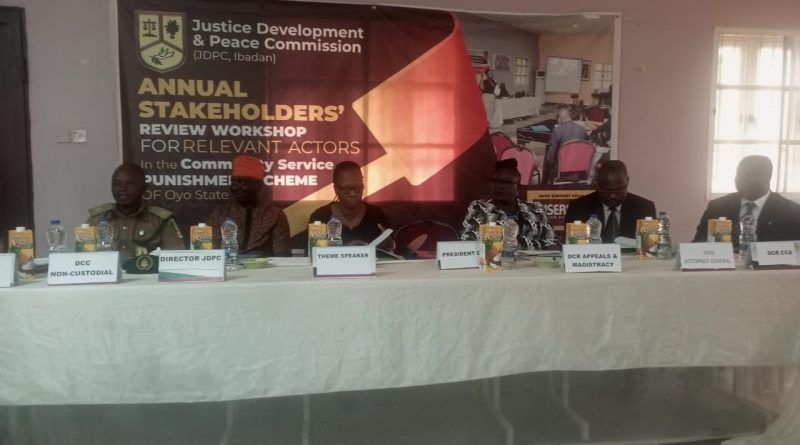 Stakeholders has posited that community sentencing is the solution to correctional congestion in Nigeria.

This was suggested by stakeholders at the 2022 annual stakeholders review workshop for relevant actors in the community service punishment scheme of Oyo state which was organized by Justice, Development & Peace Commission (JDPC).

While addressing newsmen, the Honourable Chief Judge of Oyo state, Justice Munta Abimbola who was represented by an High Court Judge, Justice Omolara Adeyemi said that there is breakdown of values and moral which has increased the crime rate in the country and need to be addressed by the government and parents.

He further noted that if the Oyo state government can fund the just-established state community sentencing it will decongestant correctional center in the state.

Earlier in his address, Chairman Oyo state Counsel, Remi Akinrinola
said that Counseling is needed to reform, to reshape and to orientate the convict inorder for the offenders to recognize that there is dignity in Labour.

In his welcome address, Director Justice, Development & Peace Commission Ibadan, Reverend Father Jerome Ajakaiye who was represented by Mr Wale Irefin noted that the organization will continually lend it support and partnership as situation demand inorder to make justice sector a light to lead those seek justice peace and equity. 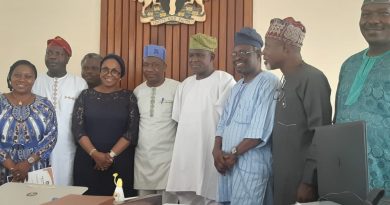