A governorship Aspirant of the All Progressive Congress (APC) in Oyo state, Chief Niyi Akintola (SAN) has declared that he has been voted in to be the gubernatorial candidate of the party in the state.

The legal Luminary stated this while conducting an interview on radio program ‘The podium’ at 32fm 94.9 today at his residence, noting that come 2023, he is the candidate the party would flag as the All Progressive Congress at the forthcoming election.

He further noted that there is alleged plot to manipulate the governorship primary to favor a particular candidate.

The legal Luminary further declared that he is entitled to be the gubernatorial candidate for the party stressed that he had paid his due in the past.

Akintola, who did not name the particular aspirant, noted that the list of delegates brought by the Senator Tokunbo Afikuyomi-led committee to conduct the governorship primary did not in any way reflect the list submitted earlier to the National Secretariat of the party.

He affirmed that the committee did nothing, but said they were auditing the forms, until later when he (Akintola) lodged a complaint, with evidences, with the party national leadership and then sales of the forms began. However, only him (Akintola) and Bayo Adelabu (another governorship aspirant), who had paid the previous day, turned up for the purchase of the forms and he (Akintola) got 400 forms for the state delegates only.

Akintola added that whoever hijacked the party ticket would be defeated by the ruling party in the state at forthcoming 2023 election. 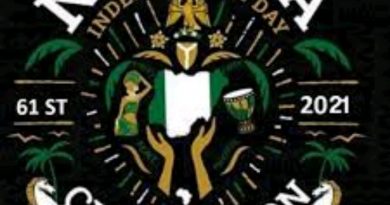 Sahara Reporters vs Oyo Govt: I Will Resign as Oyo Governor if Contract was Inflated — Makinde