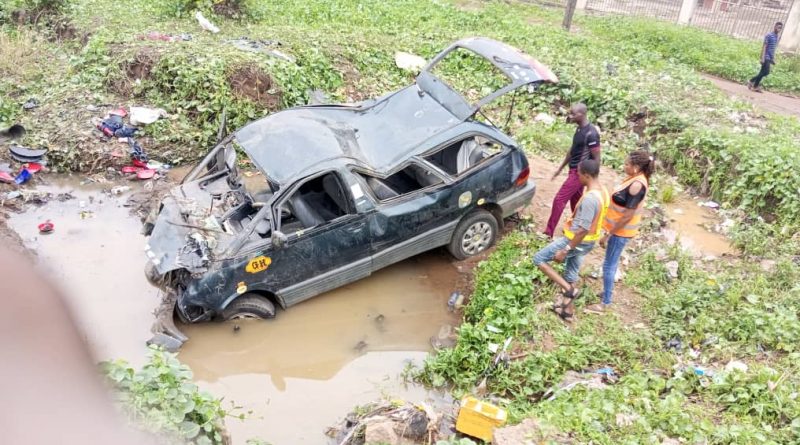 The Oyo State Road Transport Management Authority has rescued not less than seven victims of a ghastly auto crash that occurred around 1300hours of yesterday along Bodija Express, Ibadan, Oyo State.

This was stated in a short statement made available to newsmen by the Executive Chairman of the Authority, Mogaji Akin Fagbemi Ph.D earlier today while on a visit to the rescued victims at the Hospitals where they were rushed to and currently recuperating.

In the statement, the OYRTMA Boss revealed that: “at about 1pm yesterday afternoon, the agency were informed through it Instagram and Twitter handles of a ghastly accident along Bodija Express in Ibadan, Oyo State Capital. Immediately, Men and officers of the agency were deployed men and Fast-track Emergency Rescue Operations Squad with an Ambulance and a towing vehicle.

He, however said that preliminary investigation
Shown that it was reckless driving that
caused the fatal accident.

Fagbemi further donated cash to support the victims of the accident and prayed for quick healing of the victims.

The statement further read: “Upon arrival, we discovered that the vehicle involved, a Toyota Previa with Private Registration number KSF-727HA conveying about eleven passengers had lost control and rammed into a ditch. Unfortunately, four of the passengers passed out immediately while our men and members of the public within the vicinity rescued about seven of the injured passengers to the hospital”.

“We are here this morning to check on the recuperating passengers and offer our own personal financial support towards their healing. It is our hope that drivers and road users in general would adhere strictly to road safety rules and regulations at all times”, Dr. Fagbemi said

“The OYRTMA CEO donated cash support to the recuperating victims and prayed for quick healing whilst further explaining that full investigations into the cause of the accident has started”.

“Meanwhile, preliminary investigations has shown that reckless driving by the driver was the major cause of the unfortunate crash”. 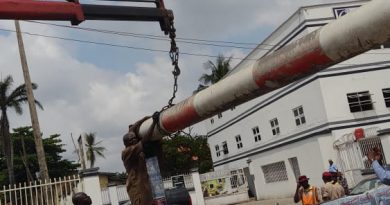 Again, Many Injured in NURTW Fracas in Ondo