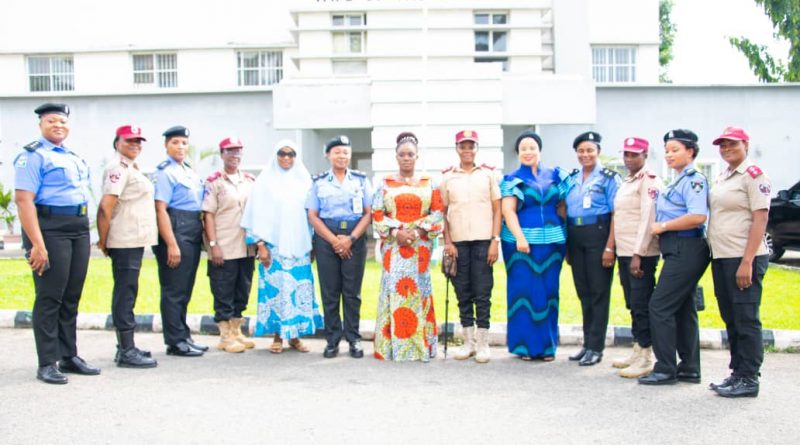 A clarion call has gone to all women especially mothers in the State to be concerned about their safety and conscious of their security .

Mrs. Makinde explained that the two security personnel paid a courtesy visit to collaborate with her office on how to curb and reduce domestic violence among the female gender in the State.

She added that the issue of child abuse, trafficking, and mother hawking at the roadside was also raised “where women selling pepper will carry pepper at the back of the truck on the road because of a basket of pepper and mother hawking with their babies at their back with rope ‘OJA’ and the pepper on their head behind okada without concern and care about their lives”.

The First Lady said, “the two security personnel want community awareness on going to be intensified and the office of Her Excellency to partner with the local government chairmen’s wives, local communities, and community leaders to let our mothers know that their lives are more important than a basket of pepper and any other thing as life can not be purchased with anything”.

Mrs. Makinde said that “they want to see how we can create this awareness and movement to let everybody know that is a real security issue when teenagers and young adults hawk on the street in the traffic without any concern for their lives. Therefore, women should be concerned about their lives in the evening after work hour, in the morning during the hit of traffic as okada riders maneuvering on the road, so people of Oyo State need to be concerned about their lives”.

Earlier in her remarks, Oyo State Commissioner of Police, CP Ngozi Onadeko fdc, said security personnel is in the State to do our work, to secure the State, to help the State Governor in ensuring that the State is safe and secure for people to abode.

CP Onadeko noted that “gender issue is not only to women but to men too and the police have a gender office domicile with the State CID where they look into gender issue”.

She encouraged the number one woman in the State not to relent in the good work but to keep doing what she is doing for the State, “I know you have a pet programme that takes care of teenagers, pregnant girls, and victims of rape. So, we are here to support you and advise in any way or anything that you do”.

CP Onadeko pointed out that, what is trending now is the issue of the singer’s death, Mrs. Osinachi, which has brought out a lot of domestic violence cases. Violence may be on the part of women and men but in this particular case the woman was being abused.

She, therefore, enjoined Oyo State First Lady to use her pet project and influence as a mother of the State to speak against it. Stressing that violence against each gender is not actually only physical but it may be emotional, sexual, or verbal.

Also in her remarks, Sector Commander, Federal Road Safety Corp, CC Uche Chukwurah fsi, said that the present administration under the leadership of Governor Seyi Makinde is doing very well in ensuring we have good roads in the State.

She stressed that good roads bring about development and progress in any region, town as well as State. So, there is still need for more good roads and infrastructure that will boost the economy.

CC Chukwurah enjoined Her Excellency, Mrs. Makinde to use her good office and pet project and programme to speak with the mothers and young girls as well as fathers and young boys who trade on the road about the risk inherent on the practice. Stating that at times, “mothers do think that it is the hardship that makes them trade on the road but they don’t know it may lead to untimely death”. 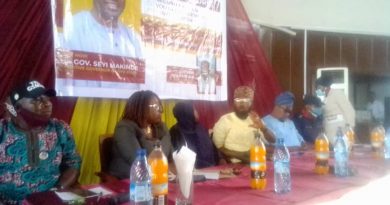