Organised Labour under the auspices of Association of Senior Civil Servants of Nigeria (ASCSN) has dispelled speculations that its property housing the National Secretariat in Lagos and the ultra-modern complex under construction at Mabushi area in Abuja has been sold by the current National Leadership of the Association.

In a press Statement issued in Lagos, on Thursday , the ASCSN Secretary-General, Comrade Alade Bashir Lawal, regretted that few disgruntled members of the union who engaged in anti-union activities and were expelled by the National Executive Council (NEC) of the Association, had elected to be propagating lies to anti-graft agencies and members of the public to impugn the reputation of the National Leadership of the Association.

“All the documents in respect of the Union’s property in Lagos and Abuja which were allegedly taken over by individuals and sold are very much intact and being kept safely.

“It is really unfortunate that those who are deliberately spreading falsehood are still walking in the streets as free citizens,” the union stated.

According to the ASCSN, when the operatives of some of the Agencies petitioned visited the site of the new National Secretariat being constructed in Abuja by the Association, they were surprised that the secretariat complex consisting of a conference centre, guest house, offices and shopping malls which is now at the 5th floor, was being built through internally generated revenue.

On the alleged N14 billion fraud in the Association, the ASCSN Secretary-General asked; “What is the total check-off dues of the Union since it was registered in 1981 that such huge amount has been embezzled in the last 10 years?”

“How can it be that a Trade Union such as the Association of Senior Civil Servants of Nigeria with 36 States Branches, 35 Chapters, and more than 1,000 units in the Ministries, Departments, and Agencies (MDAs) at the Federal and State Levels which organises meetings, seminars, training for its members at home and abroad, pay entitlements to its teeming members and officers be accused of corruption?

“It must be emphasized that the Association renders Annual Returns of its Account to the Registrar of Trade Unions under the auspices of the Federal Ministry of Labour and Employment every year as stipulated by the Trade Union Acts,” the Union emphasized.

It expressed regret that the former National President of the Association Bola-Audu Innocent who had been dragged to court by the National Agency for the Prohibition of Trafficking in Persons (NAPTIP) for engaging in alleged cases of human trafficking and exploitation of vulnerable persons, had decided to wage war against the union, cooking up lies against the leadership of the Association and forwarding such falsehood to the anti-graft agencies.

According to the Union, Andrew Emelieze and his cohorts, would at the fullness of time, answer for their misdeeds in the court of competent jurisdiction for the defamation he had been spreading against innocent members of the Association. 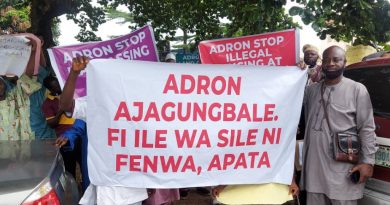 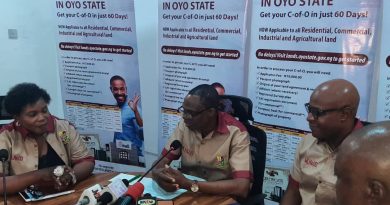 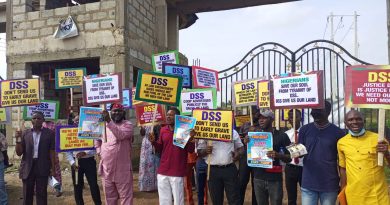