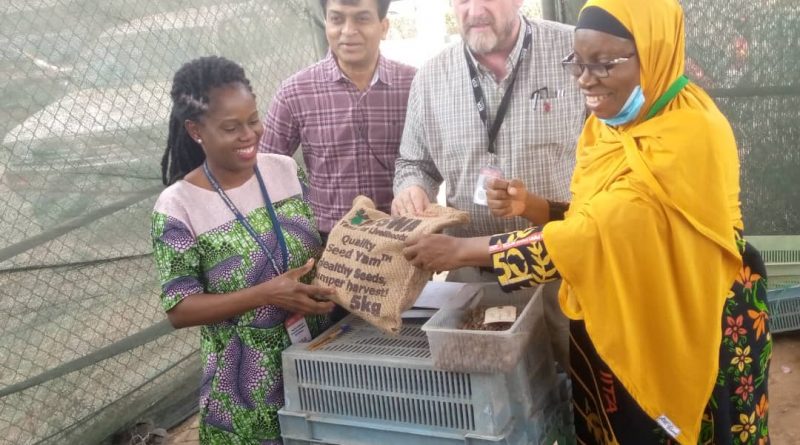 The Yam Improvement for Income and Food Security in West Africa (YIIFSWA) of the International Institute of Tropical Agriculture (IITA), on Friday, handed over 6,952.2kg of early generation seed yam to GoSeed, a unit of IITA business incubation platform.

It was performed by Prof. Michael Abberton, the Director, IITA -West Africa and Prof. Morufat Balogun, a Tissue Culture Specialist, at the institute’s headquarters in Ibadan.

Abberton, in his remarks, said the YIISFWA project, meant to solve the challenges of unavailability and farmers’ inaccessibility to quality seed yam, was a success.

The institute’s Director, West Africa, urged the IITA-GoSeed and other relevant partners to prioritise sustainability of the programme.

He urged them to establish good mechanism by which farmers could get access to clean yam of good varieties – Asiedu and Kpamyo yams.

The News Agency of Nigeria (NAN) reports that Prof. Balogun, during the handling over ceremony, said the 6,952.2kg seed yam was equivalent to 463,480 unit of 15 grams minisett, adding, “it is almost four times of the agreement signed with GoSeed”.

According to her, in addition, we will be giving them breeders to distribute to the YIISFWA’s private seed companies partners, to cushion GoSeed production for this season, that’s with the total six thousand units of mini-tuber.

“Now, GoSeed is approved by the National Agricultural Seed Council to be producing early generation seed, which include the breeder seed and the foundation seed.

“So, growers will produce certified seeds from the foundation seed which the farmers will now use to produce yams that we can eat.

“On top of that we have been training GoSeed two staff in the last one year, taken them through all the novel propagation technologies.

“We can say that they are already capacitated to take it forward,” she said.

He said: “Traditionally, farmers recycle seed tubers by saving at least 30 per cent of their produce to plant during the following cropping season.

“These seed tubers are often infested with pests and pathogens such as nematodes, viruses, fungi and bacteria, that affect the quality of the seed and yields.”

According to Aighewi, to address the challenge of unavailability to quality seed yam, the flagship
project, YIISFWA, has developed and validated tools and technologies to produce seed yam for the establishment of market-oriented seed systems, that ensure the sustainable supply of quality seed yam in Ghana and Nigeria.

“This method gets rid of viruses and endophytes from nucleus stock plantlets.”

On the development of novel high ratio propagation technologies to produce early generation seed, she said that conventionally, yam has a low rate of multiplication of about 1:5 tubers per plant.

“But, with the development of technologies like the plantform temporary immersion bioreactor system and drip system hydroponics in troughs or buckets and aeroponics system, the multiplication rate increases significantly to 1:50, 1::120 and 1:300 respectively.”

According to her, the main objective of introducing the breeder mother plants in aeroponics system and drip system hydroponics is to generate single node vine cuttings for high-ratio propagation of clean planting materials.

Aighewi said the project had successfully promoted and introduced the high ratio propagation technologies for seed yam production in Nigeria and Ghana.

On expectations and plans of GoSeed, Dr Mercy Diebiru-Ojo, a Vegetable Seed Specialist, IITA, appreciated the efforts of YIISFWA, saying that impact of the project would forever remain relevant.

“We will be working with public institutions to ensure that we are doing the right things, we are going to be working closely with other seed companies that YIISFWA has empowered as well.

“We don’t want to only produce, but to ensure sustainability and continuity of the seed value chain.

“We want to make it as robust as possible, robust in terms of income generation, availability of quality yam seeds, hence farmers will be getting value for their money,” she said. 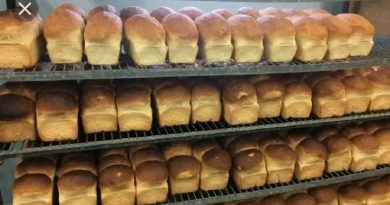 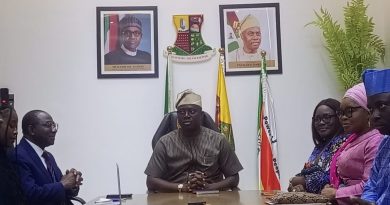