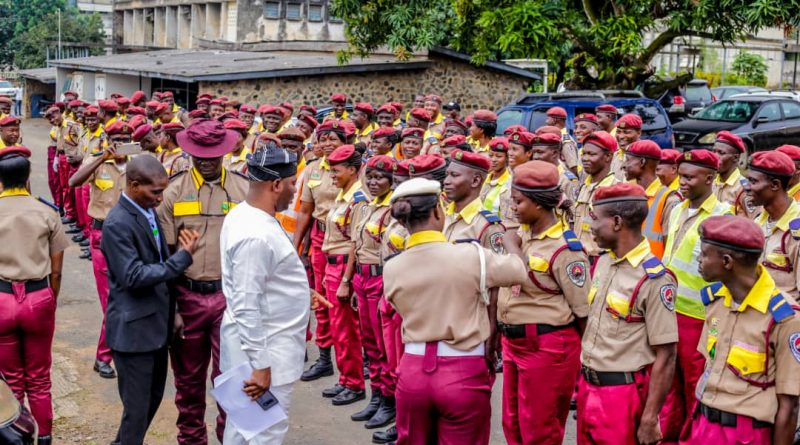 The commendation was made earlier today by the Oyo State Coordinator of the FRSC Special Marshals Mr. Adegbotoluwa John who led a delegation of the leadership of the Marshals on a courtesy visit to the Executive Chairman OYRTMA, Mogaji Akin Fagbemi at the Authority’s Headquarters, Agodi, Ibadan.

In his address, the State Coordinator expressed great satisfaction with the operational policies and procedures of the Authority and sought for a more concerted effort between the FRSC Special Marshals and men of OYRTMA in a bid to maintain sanity on the roads and reduce road traffic crashes to its barest minimum if not completely eliminated.

In his response, the OYRTMA Boss expressed appreciation to the leadership of the Special Marshals and equally commended them for the great humanitarian work they do in the society particularly as it relates to road safety and traffic management in the State.

In his words, Dr. Fagbemi said; “we acknowledge the giant strides of the FRSC Special Marshals particularly as regards the management of traffic at strategic locations across the State.

“We are happy for this call for further collaborations and I can assure you of our immediate readiness to enhance our existing relationship to better the traffic situation in the State”, Dr. Fagbemi said.

Furthermore, the Executive Chairman revealed that, “there would be a special synergy between the FRSC Marshals and the OYRTMA Mayors in the State in a bid to ensure seamless coordination of activities between the two bodies”, he concluded.

During the visit, the State Coordinator, Mr. Adegbotoluwa presented a certificate of participation to Dr. Fagbemi who represented the Executive Governor of Oyo State, His Excellency, Engr. Seyi Makinde at the 2021 Sectoral Workshop of the Special Marshals held in Ibadan with theme “Volunteerism beyond Ember Months: The Role of Special Marshals in Combating RTC”. 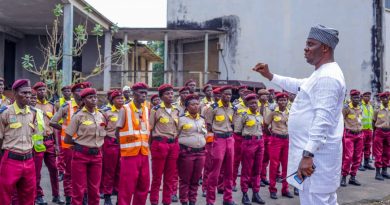 Recruitment: We are going for best applicants- Fagbemi