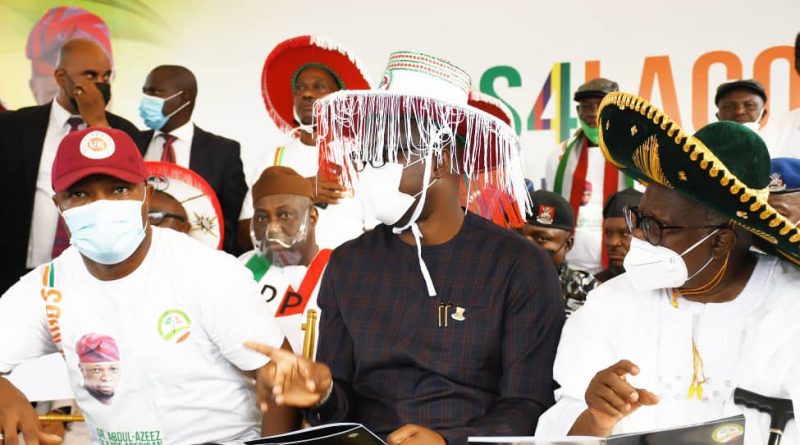 The National Chairman of the Peoples Democratic Party (PDP), Dr. Iyorchia Ayu; Oyo State Governor, ‘Seyi Makinde; former Senate President, Dr. Bukola Saraki and five other governors on the platform of the party, on Friday, received the convener of the Lagos4Lagos Movement and chieftain of the All Progressives Congress (APC), Mr. Abdulazeez Olajide Adediran aka JANDOR, into the PDP fold.

A statement by the Chief Press Secretary to the governor, Mr. Taiwo Adisa, indicated that Governor Makinde, while addressing select journalists shortly after the event, said the event signalled the beginning of a new dawn for the PDP in Lagos State.

According to the governor, the South-West PDP is now fully ready to lead the charge to rescue the zone and the country from the hands of APC, which promised too much but did so little to justify the trust Nigerians had in it.

“Today, I joined my brother governors in the PDP and other well-meaning members of our great party to welcome Mr. Jide Adediran of the Lagos4Lagos Movement to the PDP.

“Indeed, it is the dawn of a new era and our great party has shown through many ways, that it is ready to rescue the South-West and Nigeria from the maladministration of bad governance of the APC. The South-West, as I have always said, is strategic to Nigeria’s politics and we will definitely lead the charge to rescue Nigeria from the front.”

Earlier, the National Chairman of the PDP, Ayu, had maintained that the party would restore Nigeria’s glory come 2023 and that Lagos would also be rescued from the throes of bad governance.

According to Ayu, the APC deceived Lagosians and Nigerians with the promise of change, but residents of the state and country have not been happy because they not enjoying the change.
Ayu said: “PDP loves Lagos. We love Nigerians. We want Lagos to return to Lagosians and we want Nigeria to belong to Nigerians.

“Today, I know you are not happy. You are not happy that you gave your lives to people who deceived you about change. Are you enjoying the change now? How much is a bag of rice today?
“Today, we are happy to join Lagosians to welcome Abdulazeez Olajide Adediran to the PDP so that together, we can rescue Lagos State and rescue Nigeria from the throes of economic hardship.”

Ikpeazu maintained that Adediran has joined a bus that will not stop until it gets to Aso Rock in 2023, charged him to join hands with existing members of the PDP in Lagos State to rescue the state and Nigeria.

In his response shortly after being presented with the PDP membership card by the chairman of the party in Ojoo Local Government and the chairman of the Lagos State PDP Caretaker Committee, Engr. Julius Akinsola, Adediran said he and his followers were joining the PDP to add value to the party.

Adediran, who stated that he drew inspiration from Governor Makinde, who took on a task that seemed unachievable and came out victorious in the 2019 governorship election in Oyo State, noted that he and his followers would put their numerical strength to test in Lagos.

“We once belonged to a party that was not ready for a contest. But we have now moved to the PDP, party that believes in the rule of law and in this party, we will put our numerical strength to test against the APC.”

4 Northern Christians Who may Emerge as Tinubu’s Running Mate 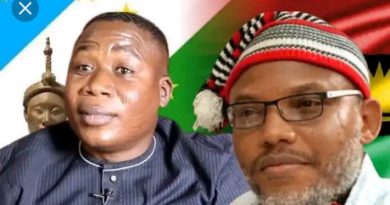