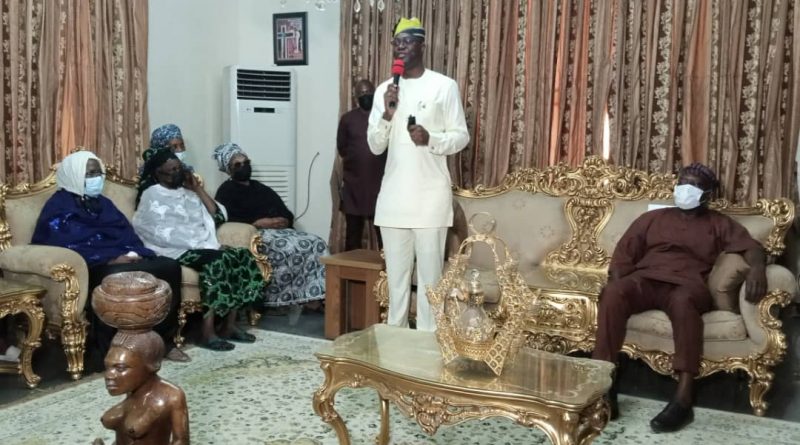 …Makinde is one of Soun’s favourites governors- Monarch’ eldest son

Oyo State governor, ‘Seyi Makinde on Monday, paid a condolence visit to the family of the late Soun of Ogbomosoland, Oba Jimoh Oyewumi Ajagungbade III, where he announced that the departed monarch will get a state burial.

The governor, while addressing the family, High Chiefs and members of Ogbomoso community at the Palace of the Soun, said that the visit was to officially condole with the family and entire sons and daughters of Ogbomosoland over the demise of the foremost monarch and that of his daughter, Prof. Taibat Danmale, who died on Sunday.

A statement by the Chief Press Secretary to the governor, Mr. Taiwo Adisa, quoted Governor Makinde as saying that the late monarch deserves state burial, adding that the state government would do just that.

The governor added that the late monarch was a forthright and very blunt person, who used to speak truth to power always.

He maintained that the monarch left a good legacy and did wonderfully well for the development of Ogbomoso and the Oyo state in general.

He said: “The purpose of our visit this morning is to officially condole with the family. I want to say that Baba, as old as he was, left a good legacy and did wonderfully well for the development of not only Ogbomoso land but Oyo State.

“I like Baba because he wouldn’t hide his feelings. He spoke truth to power. So, we will miss Baba for those qualities.

“Those who don’t want unity and progress for our state have been saying a lot of negative things since Baba joined his ancestors. Some said I did not come to condole with the family because I don’t like the people of OgbomosolandThe truth is, all those people making those comments don’t know how close I am to the palace and to Mama (Olori Ibironke).

“When Baba Saka Balogun and I spoke, I gave him my word that I would attend the 8th-day Fidau prayer since I was not around on the day Baba died. But later, Baba Balogun called me back and said the 8th-day prayer event may not be appropriate for the nature of burial Baba deserves, and that we should take a bit more time and make preparation for the 40th-day prayer and outing. One thing led to the other, I had to travel and I am here today.

“So, those critics are still free to keep running their mouths. Part of the reason I came is that Baba deserves State Burial and, for me as the Governor of Oyo State, that is exactly what I will give to Baba. So, I am here to discuss with the family personally and whatever we agree on is what I will carry out.

“I want to pray that Ogbomoso will continue to progress and the vision Baba had for Ogbomoso land will be accomplished by the grace of God.”

“We want to thank the governor for finally visiting us because a lot of people have said a lot of things on this issue. It is better late than never. We really appreciate you.

“You have said a lot of good things about Baba and another thing I want to specially thank you for is the issue of LAUTECH. The institution was so dear to Baba and many of us here know the huge contribution of Baba to ensure the institution is domiciled here in Ogbomoso, even until the name was changed to LAUTECH. But for your singular act in settling the ownership issue between the Osun and Oyo states, you did well.

“I am sure that on the list of Baba’s favourite governors, who have ruled Oyo State, you are one. So, we really thank you.

He, therefore, pleaded with the governor to expedite action in installing another Soun of Ogbomoso land very soon.

The visit had in attendance, Chief of Staff to the governor, Hon. Segun Ogunwuyi, and other top government officials from Ogbomosolan.

Also, the Oloris of the late monarch, family and other Chiefs of Ogbomosoland. 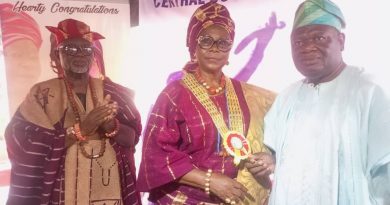 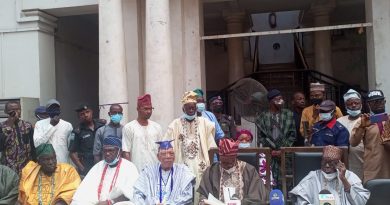