The League Management Company, LMC, has slammed a fine of 5.5million naira and handed a banishment to NPFL side Niger Tornadoes as part of the punishment apportioned to them following the assault on the match officials during the game against Rivers United on Saturday.

Two officials of the home side manhandled the match referee during and after the goalless draw against Rivers United at the Kwara Sports Complex in Ilorin.

Goalkeeper trainer Bello Mohammed and Chief Coach Umar Farouk were implicated in the ugly incident and have been sanctioned by the league body. Both coaches have been handed an immediate expulsion from the NPFL, and any of its related activities and a recommendation to review their coaching license(s) have been sent to the Nigeria Football Federation.

“For the breaches, the LMC resolved to fine the club, of N3m for failure to provide effective security in the course of the match, N2m for conduct capable of bringing the game to disrepute and N250, 000 to be paid as compensation for each of the physical assault to the assaulted match official, including any additional verifiable and authenticated medical cost,” stated an LMC statement on Monday.

Additionally, Tornadoes have been ordered to play their next three home games at the M.K.O. Abiola Stadium, Abuja, provided that the club has been granted permission to return to their home ground by the LMC after a formal report has been submitted or sent to the Police and prosecution of the officials involved in the alleged assault.

As contained in the statement, the payment of the fines must be made within seven working days and a further suspended two-point deduction for the remainder of the season has been handed to the Minna side.

Similarly, the LMC has also written to the NFF Referees Appointment Committee, requesting a review of the performance of the referee Oluwabunmmi Olayombo from the Ondo State Referees Council, which it stated, his actions might have incited incidents of security breaches and misconduct that happened during the game.

The club and the two backroom staff have 48 hours to respond in writing, either accepting the decisions or electing to be tried by the NFF Displinary committee.

Club to play next three home games in Abuja, fined N5.5m including compensation to referees.

LMC asked for the review of referee Olayombo’s Performance. 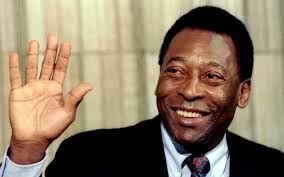