Akwa United coach, Kennedy Boboye has expressed his disappointment for his team failure to secured maximum three points against shooting stars of Ibadan today in Ibadan.

Coach Kennedy Boboye expressed his displeasure at the Lekan Salami Stadium after the Oluyole warriors played one all draw with Akwa United today.

Coach Boboye said that the game plan of his team to come Ibadan and take away three maximum against the Oluyole warriors but the game plan was destroy by the excellent performance from shooting stars.

He further commended Shooting stars players for their resilience and doggedness while the match was going and promised to work more on his team for their league match.

3SC scored the equalizer at the 90 minutes of the game to put a big smile on the face of its fans and making it two points from 2 matched played so far, would be heading markurdi to face Lobi Stars on the match day 3, after that Shooting Stars would play next home match against Katsina United. 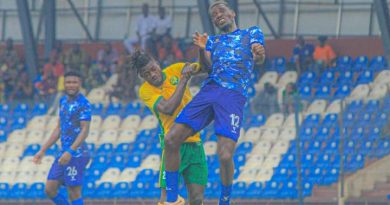