Oyo State Governor, ’Seyi Makinde, on Friday, called for more cooperation and collaboration among security agencies, governments and the traditional institution in the state, maintaining that such cooperation has helped to improve the security situation of the state.

Governor Makinde, who stated this at a security interactive meeting with traditional rulers, service commanders, local government chairmen and vice chairmen, held at the House of Chiefs, Secretariat, Ibadan, said the output of the co-operation in the state has made it attractive to investors and others, security-wise.

The governor read the Riots act to land grabbers and some chiefs who are said to be aiding their operations, insisting that his government would deal decisively with anyone found guilty of abetting crime.

A statement by the Chief Press Secretary to the governor, Mr. Taiwo Adisa, quoted Governor Makinde as saying that his administration  would continue to provide necessary support and encouragement to the security agencies so that they can keep the state safe during the Yuletide and beyond.

The statement further indicated that the governor equally warned illegal miners in the state, whose operations are as dangerous as that of the land grabbers.

Makinde noted that it is unlawful for any individual or group to forcefully take over landed property or engage in illegal mining operations, saying that the state will nip the situation in the bud by dealing decisively with those found culpable in these acts.

“We have noticed that the co-operation between the agencies have tremendously improved and we really want to keep it that way not only for the Christmas season but even into the New Year. And we, as a government, will do everything possible to provide the necessary encouragement and support.

“While we try to protect the interest of everybody, I want to seriously warn that we are not going to allow the situation in other places to occur here in Oyo State. This is because we have the chance and opportunity to deal decisively with those troublemakers before it becomes a trend here.

“We have to address some of these issues and nip them in the bud right now and I want to solicit for the support of our traditional institution on this.”

Governor Makinde also added that the state government will move to curtail the activities of illegal miners operating in the state, saying: “Oyo State is blessed with solid minerals in our localities, especially Oke-Ogun, Ogbomoso and Ibarapa axis and we know what the mining law says. They go out there and get the concurrence of the local community, go to Cadastra Office in Abuja to get licence to start mining.

“We have the Chinese, Malians and different people from other places all over this place, especially in the Iwajowa axis all the way to Saki East, they are there.

“I was with the Sokoto State governor yesterday. We spent almost an hour discussing and I believe you must have heard of the security challenges out there, which narrow down to one thing: the security operatives launched an operation in Zamfara and those people have moved to Sokoto.

“The fact there is that everybody is mining and it will attract those criminals. So, for us here, we want to ensure that we don’t work that route.
“So, I want to appeal again that whatever information you have to pass to us, even at the highest level of government, I am ready to listen to you. Reach out to us and we will deal with the situation.”
The governor added that a lot of improvements have been witnessed in the security sector, especially at the local government levels, where, according to him, security committees had been set up and a release of N330 million is being made monthly to local government councils and its utilisation well-monitored.

He, however, charged the local government chairmen to continue to cooperate with the state government, the traditional institutions and House of Assembly members in their domains so that they can get the best out of the system.
“You have been elected by the people in your local government and you need to do the work. Cooperate with us, the traditional institution, your people in the Assembly so that Oyo State people can get dividends of democracy.

“I am saying this because most of these things have ramifications for the security situation that we have in Oyo State. If you are doing well in your localities, we will do well state-wise. Oyo State is adjudged stable but we cannot afford to rest.

“The people have given us their trust and vote and we must deliver to them. If there are things we are not paying attention to, let us make amendments. I will call an immediate meeting to evaluate some of the pieces of advice the traditional rulers have given to us.

“And where we are falling short, we will do everything to ensure that we cover the lapses,” the governor stated.
Earlier, Alaafin of Oyo, His Imperial Majesty, Oba Lamidi Olayiwola Adeyemi III, commended the Governor Makinde-led administration for handling the security of the state quite well.

He said: “I want to say that we are very happy to be here and we want to commend what you are doing at the local level. The traditional rulers have been forming synergy with the police and other security authorities. So, in collaboration, we have been able to nab some of these malfeasances and are now getting to sleep with our two eyes closed.

“We need to also commend you for your zero tolerance to anybody thinking that the state will be on fire. “Another thing we appreciate is the fact that you are moving and not docile and giving orders. “So far, the incidence of robbery, banditry and the rest have been stamped out of Oyo State.

“The local government chairmen are collaborating very well with local authorities, and we have to appreciate them through you. If they are not doing well, I will tell you the truth.” 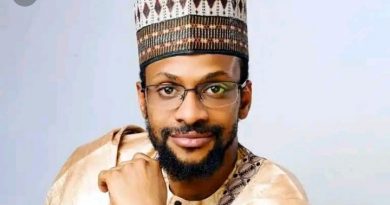 Idris Ajimobi calls for peace among Hausa, Yoruba people in his constituency 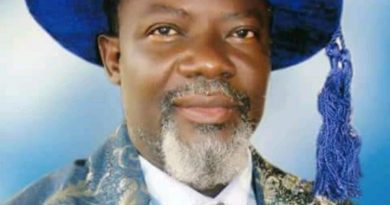 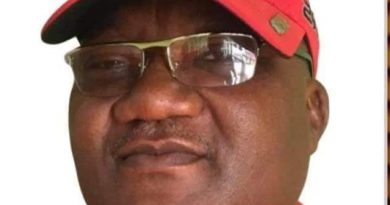