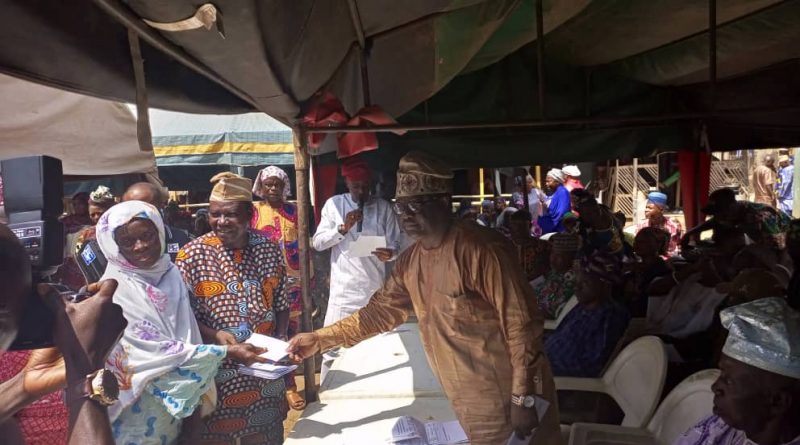 The Deputy Speaker, Oyo State House of Assembly, Honourable Mohammed Fadeyi has reiterated the commitment of his representation to continue to support and empower women in his constituency, Ona Ara local government area of the state in order to improve their standard of living.

Hon. Fadeyi stated this at a mini empowerment programme he organised on Tuesday at the Peoples Democratic party, (PDP) office in Olunloyo, Ona Ara Local government, where over one hundred and twenty five women were given the sum of ten thousand naira cash each to start start a small scale business to earn a living.

According to him, his decision to reach out to women was based on the important roles women play in the home front and in our political settings, especially in the PDP.

“This is the first stage of this mini empowerment scheme where about one hundred and twenty five women are given money to embark on a small scale business to improve their living standard.

“The mega empowerment scheme will come up very soon. Plans are on top gear to make it a reality. This development is in fulfilment of my electioneering campaign promises to the people of Ona Ara constituency. I gave them my words before I assumed office and that’s what I am doing at the moment.”

The Deputy Speaker while admonishing the beneficiaries to spend the money given to them wisely assured those who are yet to benefit that plans are on to extend the same gestures to them as soon as possible.

Hon Fadeyi while commending the state governor, Engr. Seyi Makinde for his laudable achievements in the state called on the women and people of the council area to continue to give more support to governor Seyi Makinde in order to make him deliver his promises to the people of the state.

In his welcome address at the well attended programme, the, chairman of the party in the council area, Chief Isaiah Mosobalaje Bakare thanked the Deputy Speaker for the gesture, describing him as a true representative of his people.

He urged members of the party to remain united and cooperate with the Deputy Speaker in order to make dividends of democracy reach all of them.

“This is the first time this kind of exercise will take place among the Honourable members. With this mini empowerment scheme, the beneficiaries can start something little and earn a living. They should see it as opportunity and spend the money wisely.

“I urge them all to invest the cash in a small scale business that will help them take care of themselves and their family.”

Chief Bakare used the occasion to call on members of the party to cooperate and support the state governor, and the Deputy Speaker in their quest to move the state forward by bringing up more development in the state.

Speaking with newsmen on the occasion, one of the beneficiaries, Mrs Ramat Suleiman from ward 3 who spoke on behalf of others thanked Hon. Fadeyi for the gesture, describing it as a welcome development..

She said the cash support will help them to embark on a business to sustain their family.

She advised politicians and public office holders to emulate the gestures of Hon. Fadeyi in order to improve the people of the state

Mrs Suleiman assured the Deputy Speaker that the women fold in Ona Ara constituency will continue to cooperate and support him and the governor in their political activities and efforts to improve the state. 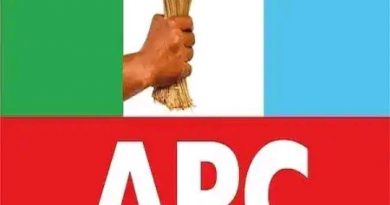