The Oyo State Governor, ‘Seyi Makinde, on Friday, visited the Agodi axis of Ibadan, where a petrol-laden tanker exploded late on Thursday.
Governor Makinde, who inspected the scene early on Friday, told security agents to restore normalcy to the area within 24 hours.
The incident had led the Oyo State Road Transport Management Agency (OYRTMA) to issue a traffic advisory to motorists plying the axis.
A statement by the Chief Press Secretary to the governor, Mr. Taiwo Adisa, quoted Governor Makinde as expressing shock and sadness over the incident.

The governor, while assessing the extent of damage done by the fire incident, described it as an unfortunate occurrence, adding that the agency in charge of traffic control in the state should, as a matter of urgency, return normalcy and ensure free vehicular movement.

He said: “This is actually unfortunate and something has to be done quickly. And we need to have the cooperation of both the drivers and owners of such vehicles because we cannot keep having this kind of damage in our state.”
The Commissioner for Energy, Seun Ashamu, in his brief remarks, stated that his ministry would ensure speedy repairs of the damaged electric poles.
“As my colleagues have said, we thank God that we were able to contain an isolated incident yesterday. The power situation has been isolated.

“So, I can assure you that we will work assiduously to ensure that the cables are back and the poles are properly erected, so that by the time the road is open, our light up project would not be affected.
“Normalcy should return within the next 24 hours,” Ashamu concluded.
In their separate remarks, Commissioner for Public Works, Infrastructure and Transport, Prof.

Dahud Sangodoyin, stated that the governor has directed his ministry to clear the part where the incident occurred, and make it passable for vehicles, while the Commissioner for Environment and Natural Resources, Mr. Abiodun Oni, noted that his ministry will work on the pollution and remedy the situation in the affected area.

Also speaking at the event, the Executive Chairman of OYRTMA, Dr Akin Fagbemi, represented by the General Manager of the Agency, Mr Adeoye Ayoade, stated that officers of the agency have been deployed to facilitate free flow of traffic.

He said: “The incident happened on Thursday night around 8pm. We were informed and immediately deployed our officers to the scene. Our action was to ensure that road users are not trapped in the aftermath of what happened.

“We had to barricade the road leading to Total Garden to ensure that road users ply other roads. In view of this incident, the Executive Chairman of the Agency, Dr Fagbemi, issued traffic advisory this morning to inform members of the public so that this place will be free and the Agency involved will be able to carry out its assignment. We will evacuate the burnt vehicles and empty the remaining content from the tank.

“If you go to other major junctions now, our officers are there controlling the traffic. This issue happened suddenly and we need to make emergency deployment as well to ensure members of the public are not left on their own.
“I want to urge members of public to also exercise patience with us. They don’t need to be in a haste, so they should listen to our traffic officers on our rules.”

Again, Many Injured in NURTW Fracas in Ondo 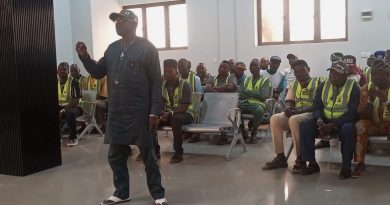 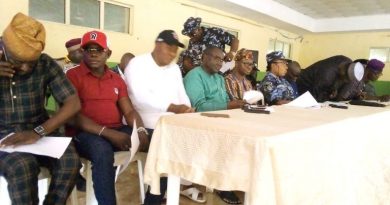