Oyo state government has pencilled down Friday, 5th November, 2021 for enforcement on indiscriminate dumping of refuse on road sides, water ways, drainages and other open spaces.

It added that perpetrators would be sanctioned and dealt with according to the environmental laws of the State.

A statement signed by the Honourable Commissioner for the Ministry of Environment and Natural Resources, Mr. Abiodun Oni, noted that the recalcitrant attitude of residents towards waste disposal necessitated the action, stressing that the era of indiscriminate dumping of refuse and open defecation has come to an end.

“In as much as there was no corresponding adherence to the guidelines of proper waste disposal in the State, the Government has no other option than to embark on enforcement on waste control and other environmental regulations adding that the government was not aimed at witch-hunting anyone but to secure the safety of lives and properties of the citizens” the statement added

The statement further admonished residents to key into the vision of ensuring zero tolerance to filthy and unhealthy environment which would go a long way in eliminating environmental nuisance, spread of communicable diseases that may cut short individuals lives, epidemic and havoc in the State

“it is part of residents civic responsibility in ensuring clean and safe environment, not only will it attract investors  that will boost the economy in the State but also prevents against any avoidable man made destruction” the statement added

Consequently, considering the pacesetting status of Oyo state, Mr. Oni further urged residents to constantly strive to be pacesetting in safe environmental practices and to always ensure that they support the efforts of the government in ensuring a clean and safe environment for all inhabitants of Oyo State. 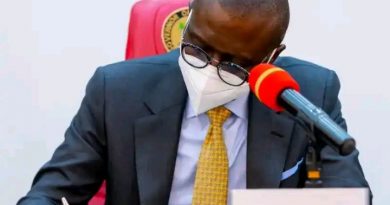