The Leaders of the All Progressives Congress APC in Kano State, may not deliver the State for the Party in 2023, because of the crisis rocking the Party, in the State. It should be recalled that the APC Leaders are fighting each other, over the Leadership of the Party in the State.

The chairman produced by Shekarau’s faction, Zago was not recognised by the National executives of the Party. Meanwhile, the former Governor of the State, Rabiu Kwankwaso has made it known to the Public that, he is ready to reconcile with Shekarau, ahead of the 2023 Polls.

If Shekarau and Kwankwaso could reconcile, ahead of the 2023 Polls, APC may loose the Polls. The reason is that Kwankwaso is a grassroot Politician and he is a member of the main opposition Party, Peoples Democratic Party PDP in the State.

Though, APC Leaders have tried, all Possible efforts, to lure Kwankwaso into the Party but he refused to dump his Party, PDP for APC.

Meanwhile, Ganduje enjoyed total support from Shekarau when he was having Political conflict, with Kwankwaso in the State. It should be recalled that Shekarau is the Senator representing, Kano Central Senatorial District. 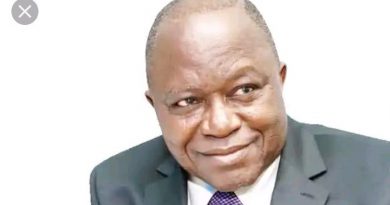