Makinde, who spoke at AFCFTA’s Conversation with Africa Forum, held in Gaborone, Botswana, maintained that Oyo State has become a prime investment destination in Nigeria.

A statement by the Chief Press Secretary to the governor, Mr. Taiwo Adisa, indicated that Makinde made this public in a presentation made on his behalf by his Chief of Staff, Hon. Segun Ogunwuyi.

While speaking on the topic ‘Scaling Up Production For the AFCFTA Market: Opportunities in Oyo State, Nigeria’, the governor listed renewable energy, agriculture and agribusiness, real estate, tourism, mining and education sectors as areas with key investment opportunities in the state.

The statement added that Governor Makinde also mentioned the Ibadan Dry Port, ancillary aviation facilities at the Ibadan Airport, Ilutuntun Business District, road and transport infrastructure targeted at economic development as some of the key investment opportunities in the state.

The governor further highlighted the key investment opportunities in the energy sector to include independent power projects, the potential 450 megawatts capacity Ikere Gorge Dam, other dams, waste to energy/refuse-derived fuels as well as wind and solar power farms.

In the agribusiness sector, the governor listed cassava value addition, including cassava to ethanol, flour and starch, as some of the investment opportunities.

According to Governor Makinde, Oyo State has comparative advantage across all the areas of investment with ongoing massive infrastructure development targeted at economic growth including the ongoing upgrade of Ibadan Airport, the Federal Government-constructed Lagos-Ibadan railway line, which connects Lagos to the Inland Dry Port, Ibadan.

He stated that the availability of over 2.7 million hectares of arable land for backward integration and outgrower schemes, the presence of leading agricultural input fabricators and agro-processors, forest land covering two ecological zones, availability of 23 man-made lakes for fish production and 11 state-owned farm settlements places Oyo State at a position of advantage for investments in agriculture.

The governor, who equally called for investments in the state’s real estate, tourism and hospitality, mining and education sectors, said there are various government incentives and support for all categories of investments including public-private partnership agreements.

He promised tax exemptions to potential investors as well as pioneer status and duty-free imports within the Free Trade Zone.

He specifically highlighted business to business relationships, educational collaborations, agriculture and agribusiness as well as mining as some of the areas of immediate collaboration where investors can explore opportunities in the state.

He further declared that the state is open to collaborating with Conversation with Africa Forum to have the next summit in Oyo State, Nigeria.

The State’s Commissioner for Public Works, Infrastructure and Transport, Prof Dahud Kehinde Sangodoyin, who also spoke at the Forum, further highlighted what he called the huge opportunities open to investors in Oyo State in the infrastructure sector. 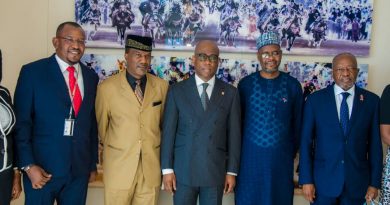 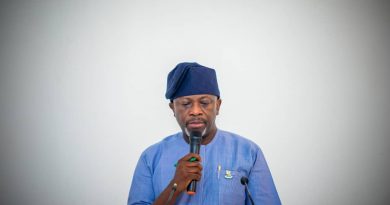 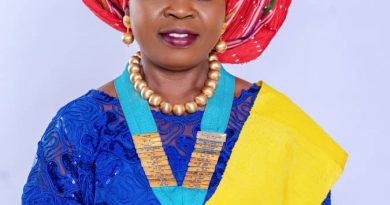