An All Progressives Congress (APC) group in Oyo State, APC Non-Align Movement, yesterday, canvassed for the election of a young, vibrant and experienced politician as Chairman of the party in order to turn its fortune around.

The group, in a statement signed by its spokesman, Mr Bili Azeez, and made available to journalists in Ibadan, the state capital, noted that chairmanship candidate with these criteria could move the party forward.

It would be recalled that the APC state congress has been rescheduled for this Saturday.

No fewer than five politicians have indicated interest to succeed the outgoing chairman of the party in the state, Chief Akin Oke.

Among whom are Mr. Dele Akinleye, a former aide to the immediate Governor of the state, the late Abiola Ajimobi.

Their decision to contest was a sequel to the zoning of the chairmanship position to Oke Ogun geopolitical zone.

The group then called on leaders, elders and the entire members of the party to rally around him and give him total support.

Azeez said:“APC Non-Align Movement has said that for the party to move forward, it needs only an experienced, young and energetic person as its party Chairman in Oyo State.

“We are highly convinced that what the APC needs to move forward is a man that is young, energetic with wide political experience, charisma and native intelligence to lead the party.

“The group has looked at the Calibre of the various individuals who have signified interest to contest for the Chairmanship position, it found out that only Hon. Dele Akinleye has what it takes to move the party forward.

“We hereby call on all leaders, elders and the entire members of our great party to rally around him and give him total support to emerge as the Chairman of APC in Oyo State for the betterment of us all”. 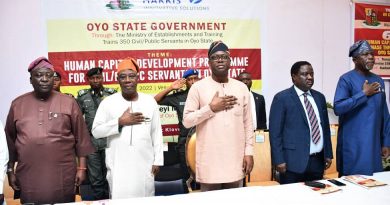 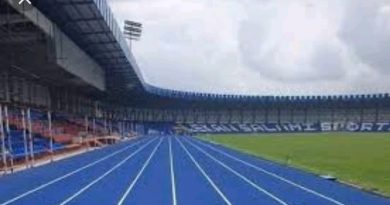 No exchange of blows between LG Chairmen, Guards at Adamasingba Stadium