The Lecture, with the topic: “Security and National Unity in Difficult Times” will be delivered by Governor Fayemi, while Tambuwal and Wabara will be co-chairmen at the event scheduled to hold at the Oritsejolomi Hall, International Conference Centre, University of Ibadan by 10 a.m.

Oyo State governor, Seyi Makinde, will be the Chief Host while former governor of the state, Senator Rashidi Ladoja, is expected as the Father of the Day.

It is held in commemoration of the birthday of the former Minority Whip of the House of Representatives and two-term member of the House, Hon. (Chief) Babatunde Oduyoye, who is currently serving as the Special Adviser, Strategy and Political Matters to the Oyo State Governor.

Some of the previous lectures were delivered by notable personalities including the former Speaker of the House of Representatives, Hon Ghali Umar Na’Abba, the late elder statesman, Alhaji Balarabe Musa, highly-rated academics and political heavyweights. 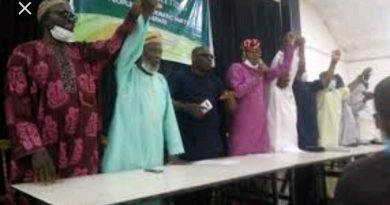