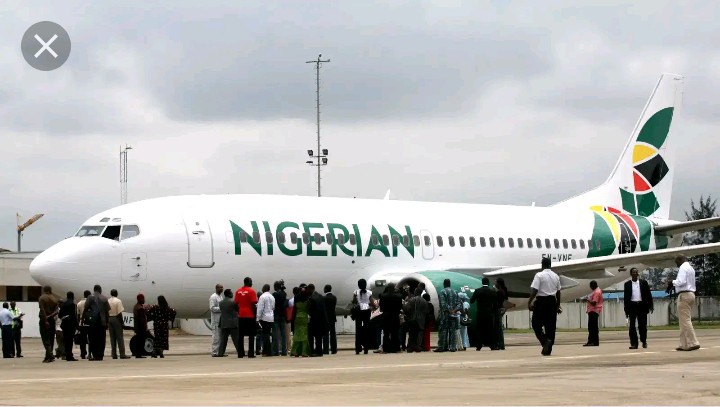 As the Nigerian government commenced payment of the pension of retired employees of the defunct Nigerian Airways, members of the House of Representatives passed a resolution to investigate those indicted for looting the resources of the fallen national carrier.

After weeks of verification, the government eventually cleared about 6,000 former employees to be paid from the N45 billion earmarked for the purpose. The former employees have not been paid their entitlements since 2003 when the airline went belly up.

The House resolution to identify those indicted by the white paper with the aim of ensuring they are “prosecuted and made to refund the loot,” followed a motion of urgent public importance moved by James Faleke (APC-Lagos) during plenary.

Mr Faleke said the administration of former President Olusegun Obasanjo in 2002 set up the Justice Obiora Nwazota Judicial Commission to probe the operations of Nigerian Airways. He said the commission revealed the looting and misappropriation of the company’s resources to the tune of N60 billion.

“The white paper was approved by the federal government and further directed the Federal Ministry of Finance and the police to recover the stolen funds and prosecute the indicted culprits,” he said.

“Those indicted in the report are believed to be largely visible in the public arena while the ex-workers continue to languish in abject poverty having been denied their rights to their entitlements with many of them reportedly dead without receiving their entitlements.”

Mr Faleke then added that if the Obasanjo government and subsequent administrations had implemented the recommendations of the white paper, workers of the airline would not have suffered much pains and deprivation.

The airline, which had 32 airworthy aircraft in its heyday in the 1980s, saw its fleet reduced to just two barely functional airplanes. Outraged by the cascading status of the airline, Mr Obasanjo in 2002 set up the commission of inquiry to investigate its management.

The commission was mandated, amongst other things, to “examine all books of account and records and determine whether there has been compliance with appropriate regulations.”

The commission worked for a year going through documents and interviewing stakeholders and other experts. At the end of its assignment, it submitted a four-volume report that revealed mind-boggling fraud, misappropriations and wanton recklessness running into billions of naira involving several officials of the airline, administrators, travel agencies, financial institutions, local and foreign companies, as well as one prominent development organisation.

On December 11, 2002, the Federal Executive Council (FEC) approved a draft White Paper on the commission’s report and directed the ministry of justice and the police to prosecute and recover the stolen funds. It also directed the office of Secretary to the Government of the Federation (SGF) to gazette the recommendations of the white paper.

That was the last heard of the white paper. The police, the justice ministry and the SGF failed to do as the FEC directed.

The Justice Nwazota-led Commission of Inquiry revealed that decency was thrown to the dogs in the management of the Nigerian Airways. It was a free-for-all contest of corruption with almost everyone involved in the running of the airline trying desperately to out-embezzle the other.

Due process was alien to the managers of the airline. Officials stole and misappropriated tens of millions of dollars. Administrators arbitrarily signed shady contracts with companies without recourse to regulations, monies were dubiously deposited and lost in moribund financial institutions. Functional airplanes were sold as scraps and the revenue stolen.

Officials collected huge loans from financial institutions with the name of the airline and kept the money for personal use.

Though several individuals, organisations, companies were indicted by the judicial panel of inquiry for their roles, which includes the stealing of several millions of dollars, in the eventual demise of Nigerian Airways, some persons received prominent mentions for their brazen and unrestrained looting of the airline.

Just like Mr Faleke said on the floor of the House of Representatives on Tuesday, many of them are still around today, free and enjoying the proceeds of their alleged fraudulent act after killing a national icon. Below is a list of these men.

However, last year, the President Muhammadu Buhari administration allegedly appointed him to head a committee that supervised the repair of the Abuja airport and the temporary relocation of international flight to nearby Kaduna Airport. That alleged appointment was, however, not publicly announced.

The Nwazota-led commission found that in 1993 Mr Joji “collected and spent” N4.37 billion ($12 million) royalty from Swissair without approval.

Also, in the same year, he diverted N3.57 billion ($9,800,000) to himself in a single transaction. According to the judicial committee, Mr. Joji claimed that he paid N3.93 billion ($10.8 million) to a defunct Belgian national airline, Sabena Airline, but he only paid N364 million ($1million), the panel discovered.

In the same year, Mr. Joji outsourced the maintenance of a Boeing 737 aircraft to Brazilian consultants paying them in full despite up to 75 per cent of the maintenance was done by employees of Nigerian Airways. The committee said the airline lost N1.28 billion ($3.53 million) in the process.

A year before, Mr. Joji had paid Nicon Insurance PLC N896.43 million ($2,458,064) less premium due to the then government-owned insurance company. Also, the judicial committee found that during the tenure of Mr. Joji as the managing director of the airline, N813.38 ($2,230,357) discounted from the premium accrued to the airline had vanished into thin air.

When contacted in 2013, Mr Joji, said that his indictment was as a result of a witchhunt against him by former aviation ministers, Bablola Borishade and Kema Chikwe.

He described Mr Nwazota as a mere consultant, adding that the committee did not do a good job.

“There were several panels. Nwazota was just a consultant. Is that what you call a panel? They didn’t do a proper job,” he said in a telephone conversation.

“Do your research. The question you have to ask is who wrote the white paper? Was it gazetted? Was anyone charged?”

He wondered why there was an interest in the story 10 years after.

“At that time, no newspaper wrote about it. The White Paper was published 10 years ago, why are you just writing about it now,” he queried.

When told we had just started publishing, he replied:
“You are starting on a bad note. They will charge you to court. The White Paper is not gazetted. You’re playing a dangerous game. Ten years ago, something was written, and you just came overnight and want to write something about it.”

“It just a wishy-washy thing by Mr. Borishade and Kema Chikwe. It wasn’t gazetted and I wasn’t charged,” he said.

The second biggest culprit in the demise of the Nigerian Airways identified by the Nwazota commission of inquiry is Jani Ibrahim. The chieftain of the Nigerian ruling All Progressive Congress (APC) in Kwara State was indicted for several fraudulent and illegal acts between 1996 and 2001 that he was the managing director of the airways.

Mr. Ibrahim, who is now a director of Heritage Bank, was so enmeshed in corruption that the investigating commission declared that ““every project and contract was conceived with fraudulent intent.” The white paper specifically described him as “fraudulent and high-handed.”
According to the white paper, Mr. Ibrahim treated the airline’s account like his personal wallet and summarily sacked those “he thought were threats to his fraudulent practices.”

The judicial commission found that between 1997 and 1999, Mr. Ibrahim collected rent valued at N1.47 billion ($4,052,234.00) due to the airline and spent the money without recourse to laid down regulations.

He unilaterally paid $1.78 million without guarantee to Alpine Aviation, a travel agency for the 1999 Hajj operation. The agency failed to deliver. But only $560,000 was recovered from the agency. The balance of N444.92 million ($1.22 million) could not be recovered, the commission stated in the white paper.

Between 1997 and 1999 was the period Mr. Ibrahim was most profligate, the report stated. In that period, he appointed and paid a third-party company, Hak Air, N338.75 million ($928,895) to collect revenue on behalf of the airline. After analysing the deal, the judicial commission stated the Hak Air has no capacity whatsoever to carry out the job assigned to it.

During the first C-Check of an Airbus in Nigeria by United Kingdom-based aircraft maintenance firm, Revilo Aerospace, Mr. Ibrahim made an over-payment of N224.68million ($616,052.26). He also “single-handedly signed and disbursed N379 million ($1,039,439.00) without the signature of the airline’s financial director as regulation required.”

Mr. Ibrahim also unilaterally allotted 24 plots of land belonging to the airline in the Ayobo area of Lagos to non-staff members of the airline.
In keeping faith with what the judicial commission described as Mr Ibrahim’s authoritarian approach to leadership, he went into a Wet Lease agreement with Al-Mahfooz Aviation, a Gambian chartered airline, that was to last for a year, but the venture collapsed because Mr. Ibrahim did not consult Nigerian Airways technical department. The failure of the agreement cost the airline N247.28 million.

In all, a whopping N3.63 billion disappeared as a result of corruption and the highhandedness of Mr. Ibrahim while he was managing director of the airline, the report stated.

There is no evidence that both men repaid the money as directed by the commission. Despite his indictment by the commission, in 2016, President Buhari appointed Mr Banfa, who was a member of the President’s defunct Congress for Progressive Change (CPC) which later merged with other parties to form the ruling APC, into the board of the Niger Delta Development Commission (NDDC).

Afam Nwagboso, who was the director of finance of the Nigerian Airways in 1992, with the approval of Mr Joji, designated a moribund bank (Continental Merchant Bank) as the collecting bank for all cash taking of the airline. Soon after the designation, the bank failed, and the airline lost N40 million already collected by it.

The managing director of Nigeria Airways between 1988 and 1990, Olu Bajowa, a retired major general, gave CES Travels the exclusive right to sell tickets for the airline in the United Kingdom and the United States. During the period, CES Travels failed to remit N2.29 billion ($6.3 million) worth of tickets it sold on behalf of the airline.

The judicial commission also wrote in its white paper that in 1993, a former managing director and chief executive of Nicon Insurance, Mohammed Kari, colluded with other officials of Nicon Insurance and Nigerian Airways to divert N50.82 billion ($13,935,956) to a phony company – Alexander Services Limited in the Channel Island, an offshore tax haven.

In July 2015, Mr Buhari, in one of his first appointments made after being sworn-in as president, named Mr Kari the commissioner for Insurance and chief executive of the National Insurance Commission (NAICOM).

For days, Mr Kari failed to respond to questions about his indictment sent to by PREMIUM TIMES through the spokesperson of NAICOM, Razaq Salami.

Bala Ibrahim was an area marketing manager of the airline. In 1993, he stole N860.50 million ($2,359,546.95) collected from the Jeddah station for excess baggage and luggage allowance, the commission revealed.

Some officials of the airways connived with a defunct UK insurance company, Alexandra Howden, and transferred N893.49 million ($2.45 million) to its account without rendering any service to the airline.

According to the report, Mr Olafisoye, the Managing Director of Fidelity Bond Limited, and other senior management officials, stole millions of dollar from the airline. The report described Mr. Olafisoye as “all-in-all [who] manipulated the operators of the company at will.” The report said his involvement with the company “led to the looting of funds and other fraudulent activities that brought the [airline] on its kneels.” 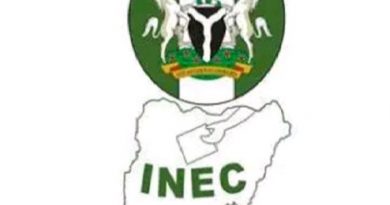